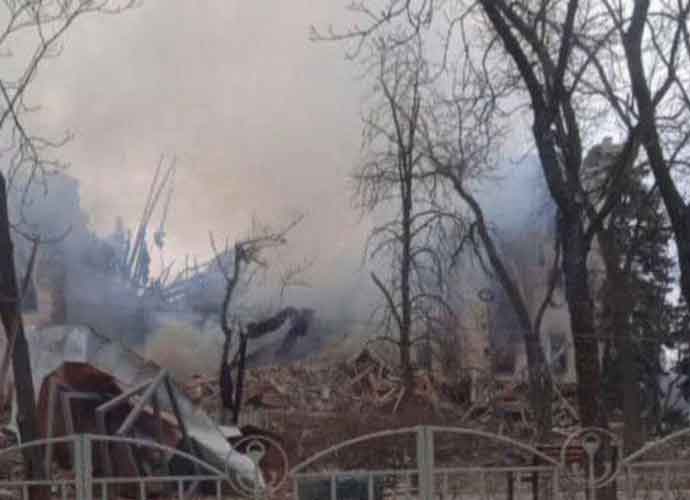 On Wednesday, the Donetsk Regional Theatre of Drama, which had been serving as a shelter for Mariupol civilians, was bombed by Russian forces, but the bomb shelter reportedly held up.

“After an awful night of not knowing, we finally have good news from Mariupol on the morning of the 22nd day of the war. The bomb shelter [of the theatre] was able to hold. The rubble is beginning to be cleared. People are coming out alive,” Ukrainian parliament member Sergiy Taruta wrote in a Facebook post on Thursday.

At least 130 people have been rescued from the rubble as of Friday morning, but Taruta reported there are still hundreds more waiting to be pulled out. The theater’s bomb shelter had three sections and it is unknown how many of them held.

Russia claimed that the theater was not their target in the bombing, but the Mariupol city council called the attack “deliberate and cynical.” Russia has already hit multiple civilian buildings, including a children’s and maternity hospital in the city.

Satellite images, obtained from Maxar Technologies, show that the word “children” had been written in Russian around the theater, signaling to Russian jets that the building should not be targeted.

New satellite images from @Maxar Technologies show that on Monday, the word "children" was spelled out outside the theater that the Mariupol City Council said was bombed on Wednesday. https://t.co/97K552B5EG pic.twitter.com/uJWmgykLX7

Several countries, including Italy, have pledged to help rebuild the theater.

“Italy is ready to rebuild the Theatre of #Mariupol. The cabinet of Ministers has approved my proposal to offer #Ukraine the resources and means to rebuild it as soon as possible. Theaters of all countries belong to the whole humanity #worldheritage,” Italian culture minister Dario Franceschini wrote in a tweet.

“Thanks @dariofrance,” Ukrainian President Volodymyr Zelensky responded. “You set a good example to follow. Together we will rebuild the country to the last brick.”

Italy is ready to rebuild the Theatre of #Mariupol. The cabinet of Ministers has approved my proposal to offer #Ukraine the resources and means to rebuild it as soon as possible. Theaters of all countries belong to the whole humanity #worldheritage pic.twitter.com/FPictnEloy

Mariupol has been hit hard in Russia’s attack on Ukraine, and an estimated 300,000 remain trapped in the city cut off from electricity, gas and running water.