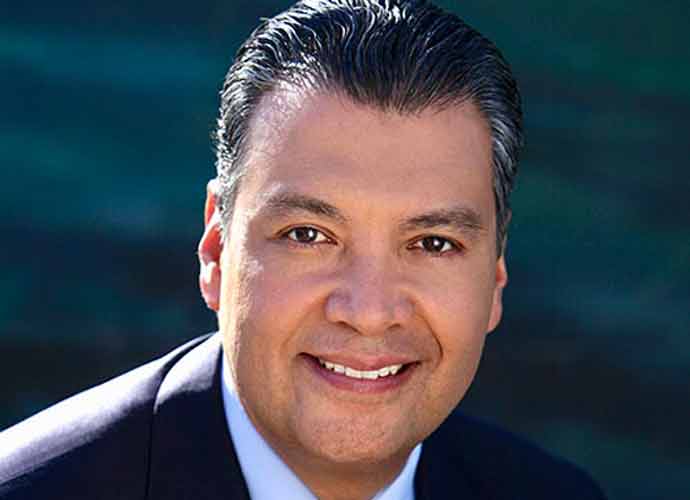 “There is a lot of work to get to, of course, but I couldn’t help but think of my parents, who came here from Mexico in pursuit of the American dream,” he said of being offered the role on Monday. “All I ever heard as a child was work hard, study hard, and all I ever wanted to do was honor their sacrifices.”

He continued in a statement: “I am honored and humbled by the trust placed in me by Governor Newsom, and I intend to work each and every day to honor that trust and deliver for all Californians.”

Padilla has held public office since 1999, after being elected to the Los Angeles City Council. He later served two terms in the State Senate and two terms as California’s Secretary of State.

He has been a steadfast ally of Newsom and endorsed him throughout his political career.

Newsom praised Padilla and ensured that he would work “for all Californians.”

“Through his tenacity, integrity, smarts and grit, California is gaining a tested fighter in their corner who will be a fierce ally in D.C., lifting up our state’s values and making sure we secure the critical resources to emerge stronger from this pandemic,” Newsom said. “He will be a senator for all Californians.”

When he assumes Harris’ seat, Padilla’s main focus will be on combatting the coronavirus pandemic.

“There are of course big issues at hand, but we can’t fully address them until we get control of this pandemic,” he said.

The open Senate seat provoked lobbying for multiple progressive candidates, with the Congressional Hispanic Caucus backing Padilla, the LGBTQ+ advocacy group Equality California pushing for Long Beach Mayor Robert Garcia and a co-founder of Black Lives Matter, as well as several Black elected officials, calling for Reps. Barbara Lee or Karen Bass (D-California) to fill the seat, as Harris is the only Black woman in the Senate currently.

Among those urging Newsom to select a Black woman as Harris’ replacement was Assemblywoman Shirley Weber, the chair of the California Legislative Black Caucus.

On Tuesday, Newsom appointed Weber to step into Padilla’s role as Secretary of State.

“Dr. Weber is a tireless advocate and change agent with unimpeachable integrity,” Newsom said in a statement. “Now, she’ll be at the helm of California’s elections as the next Secretary of State — defending and expanding the right to vote and serving as the first African American to be California’s Chief Elections Officer.”

After accepting the role, Weber said in a statement that “being the first African American woman in this position will be a monumental responsibility, but I know that I am up for the challenge.”