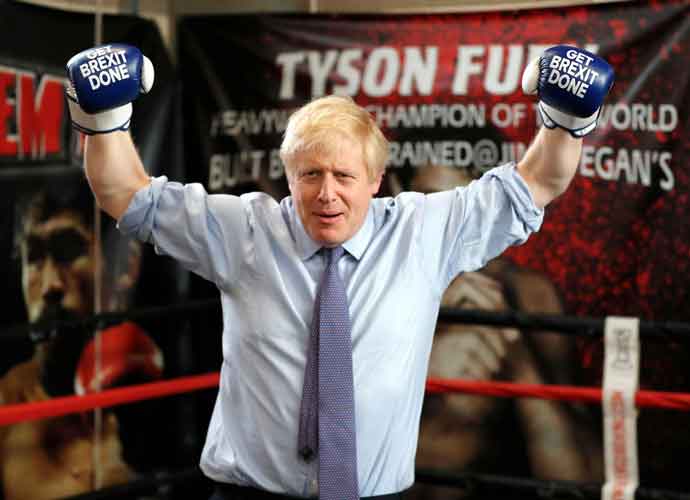 British Prime Minister Boris Johnson announced his resignation as the Conservative Party leader on Thursday and plans to leave his role as prime minister as soon as a new leader is chosen.

British Prime Minister Boris Johnson has resigned, acknowledging that it was "clearly the will" of his party that he should go.

He stepped down immediately as leader of his Conservative Party but plans to remain as prime minister while a new leader is chosen. pic.twitter.com/MDK7jbG5cX

Personal scandals plagued Johnson during his time in office and he was forced out as around half the members of his Cabinet, officials and aides had stepped down at the time of his announcement, refusing to continue under his leadership.

“Of course, it is painful not to be able to see through so many ideas and projects,” Johnson said in his resignation announcement given from the front of the door of No. 10 Downing St. in London. “But as we have seen at Westminster, the herd instinct is powerful and when the herd moves, it moves.”

While Johnson is credited with political successes such as striking a Brexit deal and leading the Tories to a major electoral gain, concerns surrounding his character have resulted in mounting distrust in the prime minister.

He promoted lawmaker Chris Pincher even though Pincher had multiple allegations of sexual harassment against him. Pincher resigned last week, and Johnson ended up suspending him from the Conservative party. Johnson and his staff also came under heavy criticism for gathering large groups for parties during the height of the Covid-19 pandemic which went against their own safety measures.

As the speech went on, Johnson touted the “fastest vaccine rollout in Europe, the fastest exit from lockdown” and his government’s quick response in “standing up to [Vladimir] Putin’s aggression in Ukraine.”

“I want you to know how sad I am to be giving up the best job in the world,” he added. “But them’s the breaks.”

Johnson said candidates to replace him will most likely be announced at some point next week.