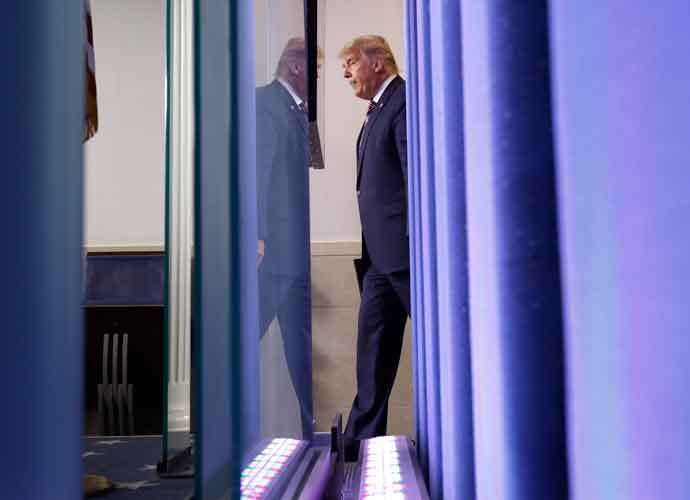 WASHINGTON, DC - NOVEMBER 05: U.S. President Donald Trump arrives to speak in the briefing room at the White House on November 5, 2020 in Washington, DC. Votes are still being counted two days after the presidential election as incumbent Trump is in a close race against challenger Democratic presidential nominee Joe Biden, which remains too close to call. (Image: Getty)

In highly unusual fashion, President Donald Trump has spent the last week of his presidential term largely sequestered in the White House. He has not been seen in public since last Monday.

While sources confirm that Trump is looking forward to his military send off at Joint Base Andrews on Wednesday, the outgoing president has made no speeches nor had any interviews during his final days in the White House.

White House aides have called Trump in his final days “bitter.” Aides quote Trump saying his current schedule is, in his own words, “work from early in the morning until late in the evening” and “make many calls and have many meetings.”

Traditionally, the end of a president’s term is when the administration promotes its accomplishments, and the outgoing president gives an overview of his policies enacted in the past four years. While the Trump team is expected to release a scripted video, the video will not be a televised farewell address which has been done by every outgoing president since Harry Truman. Before farewell addresses were televised, written addresses were delivered starting with George Washington.

Another custom skipped by the Trump team is the letter traditionally written from the sitting president to the incoming one, welcoming him to the White House. Since Trump has still not formally conceded the presidential race to Joe Biden, he is not expected to write this letter.