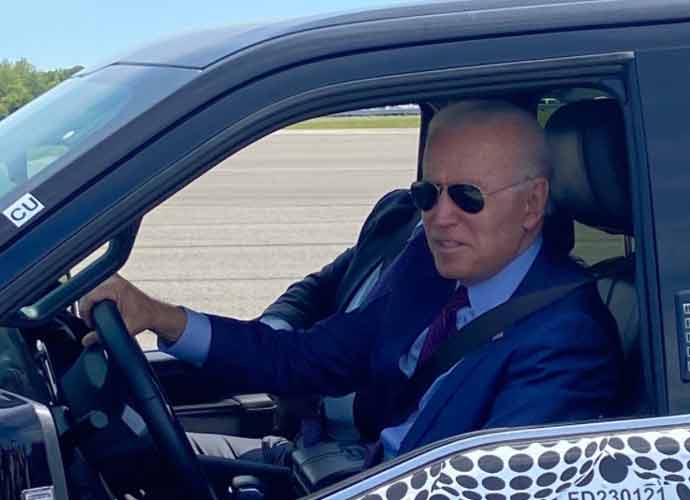 President Joe Biden visited Michigan on Tuesday to show support for reorienting the American economy toward a greener future – and to laud Ford as it prepared to unveil an electric version of its signature pickup truck, the F-150, slated for release next year.

“We’re at a great inflection point in American history,” Biden said in Dearborn after touring Ford’s electric vehicle production facility. “How we handle the next four to 10 years is going to determine where we are going to be 30, 40, 50 years from now. It’s one of those moments in American history.”

Boosting the usage of electric vehicles (EVs) would support one of the central tenets of Biden’s pending $2 trillion infrastructure proposal, which includes a $174 billion reserve for EVs. With these provisions, he hopes to reduce U.S. greenhouse emissions within the decade. He also hopes to create more union jobs, as it is part of his American Jobs Plan.

That funding includes money to build a national network of charging stations, offer cost-lowering consumer incentives to buy EVs and transition public transit and school buses to electric use.

Ford invited Biden to test-drive the car during his visit to the manufacturing center.

“This sucker’s quick,” Biden, behind the wheel, said told reporters stationed nearby.

President Biden took an electric Ford pickup truck for a test drive after speaking to auto workers in Dearborn, Michigan.

At the start of his remarks, he exclaimed, “My name is Joe Biden, and I’m a car guy.”

“I just got a tour of a groundbreaking electric vehicle center here alongside UAW workers,” Biden said. “They showed me the technology they’re using to build the fully electric F-150. The future of the auto industry is electric. There’s no turning back. The American auto industry is at a crossroads. And the real question is whether we’ll lead or we’ll fall behind in the race to the future. Or whether we’ll build these vehicles and the batteries that go in them here in the United States or rely on other countries.”