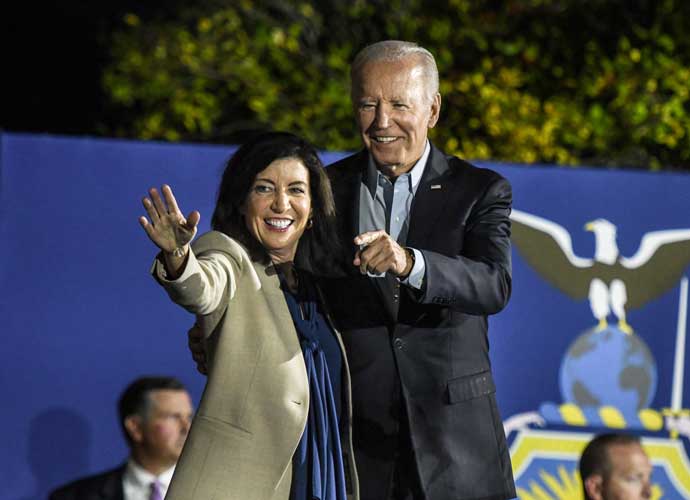 President Joe Biden stepped in to make a final push for New York Gov. Kathy Hochul (D), who is in an unexpectedly tight race with her Republican challenger, Led Zeldin, a Donald Trump-backed House member.

“New York, you’ve got two days — two days to make sure the rest of New York knows the good they have in Kathy Hochul,” Biden said at Yonkers’ Sarah Lawrence College on Sunday.

Recent polls show Hochul leading by a margin of between 4 and 11 points.

New York, a blue state, was governed by a Republican for the last time between 1995 and 2006, during the administration of Gov. George Pataki.

Hochul is struggling mainly with the issue of public safety, which is being targeted by the Zeldin campaign.

On Sunday, Biden bashed away the GOP candidate’s promises by saying “it’s all talk.”

“Hochul’s opponent talks a good game on crime, but it’s all talk,” Biden said, before citing initiatives by the federal government to deal with public safety.

Biden on @leezeldin: "Hochul's opponent talks a good game on crime, but it's all talk" pic.twitter.com/EnxC4R3X9F

The president called Zeldin a threat to democracy. In 2021, he voted against the certification of Biden, based on false claims of election fraud in the 2020 elections.

“Democracy is literally on the ballot,” he said. “With these election deniers, there’s only two outcomes for any election: Either their way or they were cheated,” Biden said.