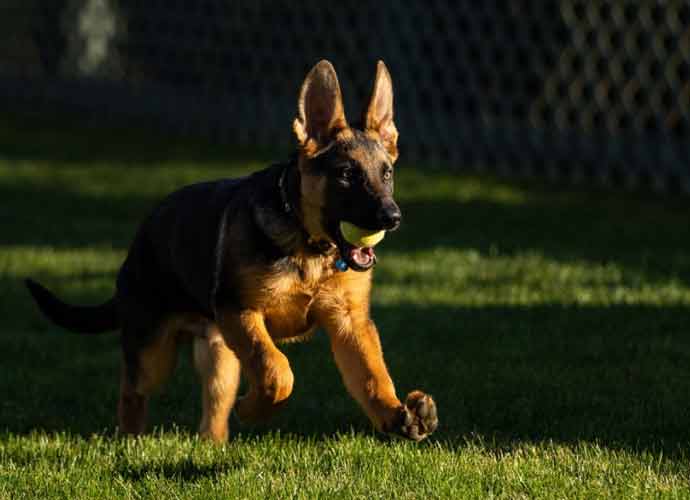 “Welcome to the White House, Commander,” Biden Tweeted on Monday, with a photo of the puppy playing fetch.

In addition, Biden also Tweeted a video to herald Commander’s arrival, captioned “Meet the newest Biden.” The clip provides a closer look at the dog and his interactions with the Biden family.

Though the Trump family had no pets at the White House, the Bidens are famously animal lovers. At the beginning of Biden’s presidency, the family had two German Shepards, Champ and Major. Champ, the older of the two, passed away this summer at age 13.

“After consulting with dog trainers, animal behaviorists, and veterinarians, the First Family has decided to follow the experts’ collective recommendation that it would be safest for Major to live in a quieter environment with family friends,” said LaRosa in a statement. “This is not in reaction to any new or specific incident, but rather a decision reached after several months of deliberation as a family and discussions with experts.”

In addition to the puppy, who is less than four months old, LaRosa said on Monday that the family has also adopted a cat. Last year, the Dr. Jill Biden had announced plans to adopt a cat, a plan which was delayed in part by the setbacks with Major.

According to LaRosa, the cat, who is reportedly female, will join the family at the White House in January.

“The cat is still being fostered with somebody who loves the cat,” Biden said lightheartedly. “I don’t even know whether I can get the cat back at this point.”