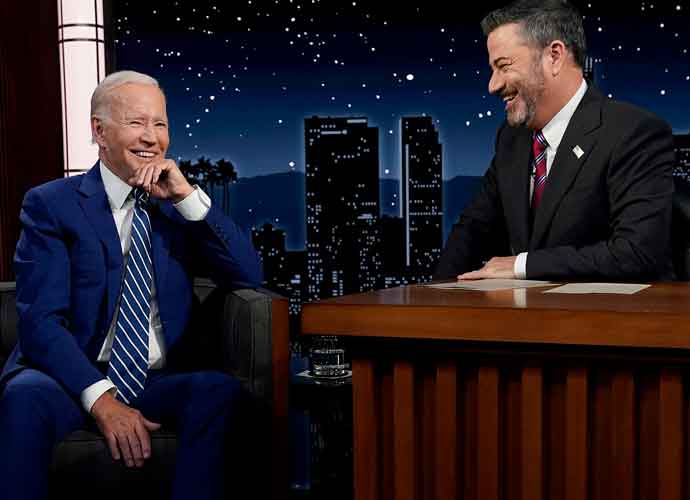 President Joe Biden made his first in-person appearance on a late-night show since being elected president as he joined Jimmy Kimmel to discuss a range of pressing topics on Wednesday.

Kimmel demonstrated a willingness to ask the president, whose approval ratings have fallen to new lows in recent months, tough questions.

Early on, Biden blamed the Republican party for a lack of progress on gun control following the Buffalo, New York, and Uvalde, Texas shootings last month that left 31 dead.

“A lot of it is intimidation by the NRA,” Biden said. “Look, this is not your father’s Republican Party. This is a MAGA party.”

Kimmel questioned why the president didn’t issue an executive order, like his predecessor President Donald Trump.

“I have issued executive orders within the power of the presidency to be able to deal with everything having to do with guns, gun ownership… all of the things that are within my power,” the president answered.

The President was also pressed on inflation, which has shot up to record highs during his time in the White House.

“Here’s where we are,” the President said. “We have the fastest-growing economy in the world. We have 8.6 million new jobs since I got into office. The unemployment rate’s down to 3.6%. We reduced the deficit last year by $320 billion. This year we’re gonna reduce it by $1.7 trillion.”

He did admit that inflation is “the bane of our existence.”

Kimmel also asked Biden about the imminent overturn Roe v. Wade, to which the president hinted at possible executive orders he could issue to stall the implementation of the ruling.

After questioning the president on a wide range of topics, the late-night host cut in at one point asking Biden, “Why are you so optimistic? It makes no sense.”

The president answered that he was optimistic because of the younger generation, calling them the “best-educated, least prejudiced, most giving generation in American history. This generation is going to change everything. We just have to make sure we don’t give up.”

Watch the full interview below.