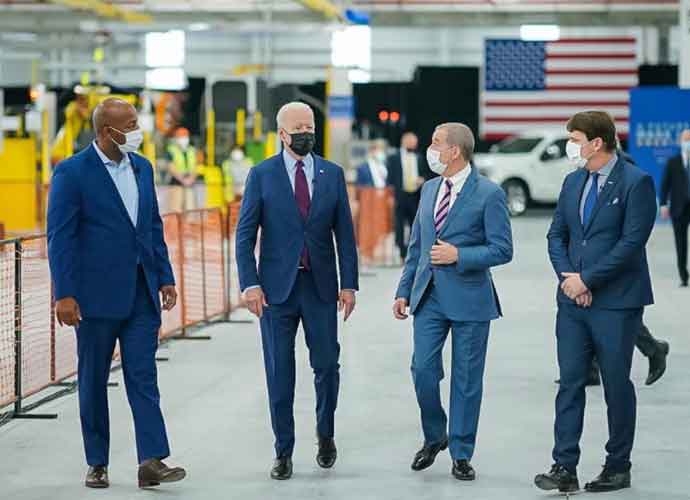 President Joe Biden pushed for a new $174 billion electric-vehicle proposal on Tuesday during a visit to the Ford Motor Co. in Dearborn, Michigan.

His plan “proposes cost-sharing grants to support new high-capacity battery facilities in the United States.” Another major component of Biden’s plan is $100 billion in consumer rebates, as well as an additional $10 billion in new tax credits for zero-emission medium- and heavy-duty work vehicles.

During the visit, Biden urged automakers to focus on building zero-emission vehicles domestically, rather than abroad. “We need automakers and other companies to keep investing here in America and not take the benefits of our public investments and expand electric vehicles and battery manufacturing abroad,” Biden said.

Biden’s remarks come amidst criticism from the United Auto Workers (UAW) against General Motors‘s move to invest $1 billion to build EVs in Mexico rather than Ohio. UAW President Rory Gamble has spoken to to the president in the past about ensuring strong labor standards, good union jobs and U.S.-built vehicles.

Despite these positive advances, UAW wants GM to recognize the union at joint-venture battery facilities. Biden even acknowledge this concern in his speech: “We need you [GM] to deepen your partnership with the UAW.”

“We’re going to set a new pace for electric vehicles,” Biden added, referencing the need to compete with China, a country that is currently selling more EVs.

While at the Ford plant, Biden had the chance to take a new zero-emission F-150 pickup truck for a spin. The President said: “This sucker’s quick. It feels great.”