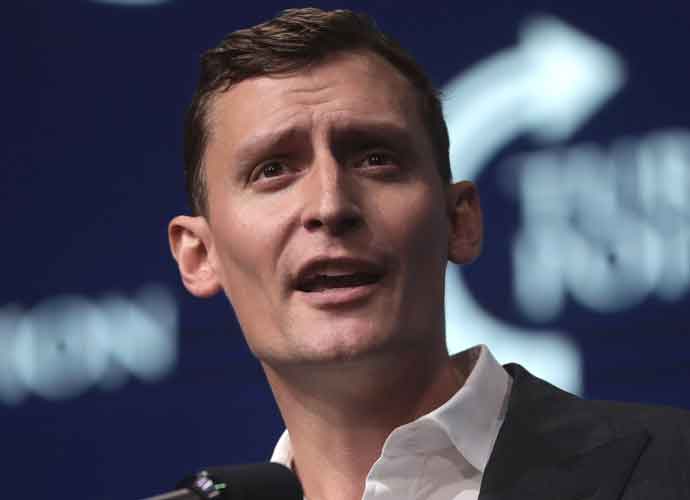 “We do have a gun violence problem in this country, and it’s gang violence. It’s people in Chicago, St. Louis shooting each other. Very often, you know, black people, frankly,” Masters said in an April 11 interview on the Jeff Oravits Show.

“And the Democrats don’t want to do anything about that,” Oravits added.

He claimed that Democrats’ effort to enact gun control measures will only hurt law-abiding citizens.

His comments were made a little over a month prior to the recent mass shootings that rocked Buffalo, New York, and Uvalde, Texas, that left a combined 31 people, including 19 children, dead.

Gun violence has sparked a renewed conversation around potential gun legislation on Capitol Hill. The House Judiciary Committee passed the “Protect Our Kids Act” in a 25-19 vote last week. Speaker of the House Nancy Pelosi (D-California) said that the bill is expected to be voted on by the full House this week. It includes eight measures including increasing the legal age to buy semiautomatic rifles from 18 to 21, bolstering regulations on bump stocks and establishing a buy-back program. Even if the legislation passes in the House, it is unlikely to garner enough Republican support in the Senate.

A bipartisan group in the Senate is working on forming legislation that finds common ground between the two parties in an effort to secure at least 10 Republican votes to make it to the 60 vote threshold needed to avoid the filibuster in the evenly split Senate.