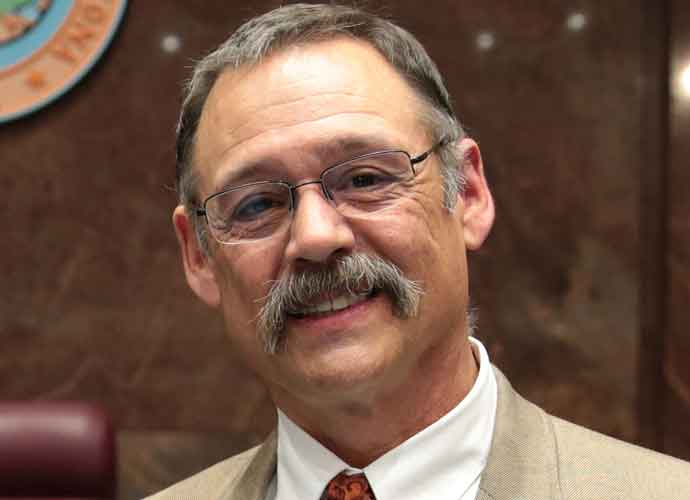 Trump-endorsed Finchem is said to have had a board on the social media platform filled with pins comparing the Nazis to Barack Obama and gun control to the Holocaust. It also featured photos of Jesse Jackson and former Secretary of State John Kerry (D) who served under Obama.

The extreme Republican, who has also been an outspoken member of the Oath Keepers since 2014, will face off against Democratic candidate Adrian Fontes in the upcoming November election. It’s a closely watched race in Arizona as the secretary of state is responsible for overseeing statewide elections and is next in line should something happen to the governor.

Finchem is a supporter of former President Donald Trump‘s false claims that the 2020 election was “rigged” and “stolen” from him.

He had a role in sending fake Arizona electors to the National Archives in January 2021 in an effort to overturn election results.

He was also present at the Stop the Steal rally, which preceded the January 6, 2021, attack on the U.S. Capitol building.

The Oath Keepers played a large part in providing security for the breach that took place as then-Vice President Mike Pence was certifying the election results before a joint session of Congress.

It later came out that Trump and his allies, including attorney John Eastman, made efforts to pressure Pence to use his role as the overseeing of the count to overturn the results, which would have kept Trump in the White House and ousted then-President-elect Joe Biden.

Finchem maintains that though he attended the rally, he did not participate in the riots. He has not been charged with any crimes related to the events of that day.