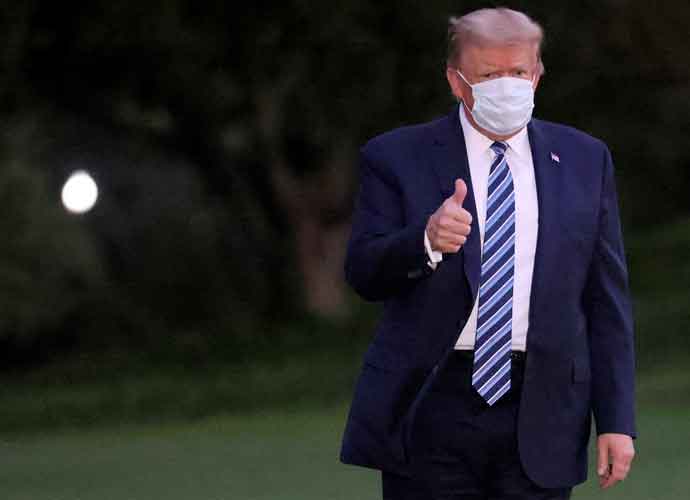 On Sunday night, President Donald Trump announced that he will be returning to his normal campaign schedule after receiving treatment and allegedly recovering from the coronavirus.

The president’s announcement came right before he hosted one of his ending campaign rallies in Florida as the Election Day nears.

Trump also tweeted how he had a “total and complete sign off from White House Doctors” to return to his original campaign schedule, implying his immunity to the virus and the inability to spread it to others.

A total and complete sign off from White House Doctors yesterday. That means I can’t get it (immune), and can’t give it. Very nice to know!!!

On Saturday, White House physician Dr. Sean Conely gave Trump clearance to end his isolation. He said the president is no longer considered a “transmission risk.”

Despite Conely’s assertions, it is unclear when the president last tested negative for the virus.