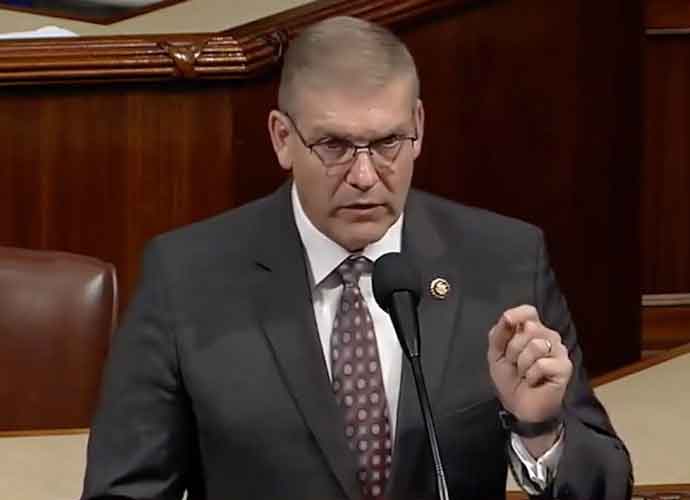 House Republicans made odd historical comparisons about President Donald Trump’s impeachment during the debate before the impeachment vote Wednesday night, likening the process to the crucifixion of Jesus Christ.

Loudermilk then compared Trump to Jesus Christ with Trump as the “savior.” Loudermilk asserted that Trump’s impeachment was less fair than Jesus’ trial in Pontius Pilate’s court:

“Before you take this historic vote today, one week before Christmas, I want you to keep this in mind: When Jesus was falsely accused of treason, Pontius Pilate gave Jesus the opportunity to face his accusers. During that sham trial, Pontius Pilate afforded more rights to Jesus than the Democrats have afforded this president in this process.”

Rep. Loudermilk: “When Jesus was falsely accused of treason, Pontius Pilate gave Jesus the opportunity to face his accusers.” pic.twitter.com/HqlRYFMIaN

Rep. Mike Kelly (R–Pennsylvania), for his part, attempted to compare the impeachment to Pearl Harbor.

“Today, December 18, 2019, is another date that will live in infamy. Just because you hate the president of the United States and you can find no other reason other than the fact that you’re so blinded by your hate that you can’t see straight, so you’ve decided the only way to make sure this president doesn’t get elected again is to impeach him.”