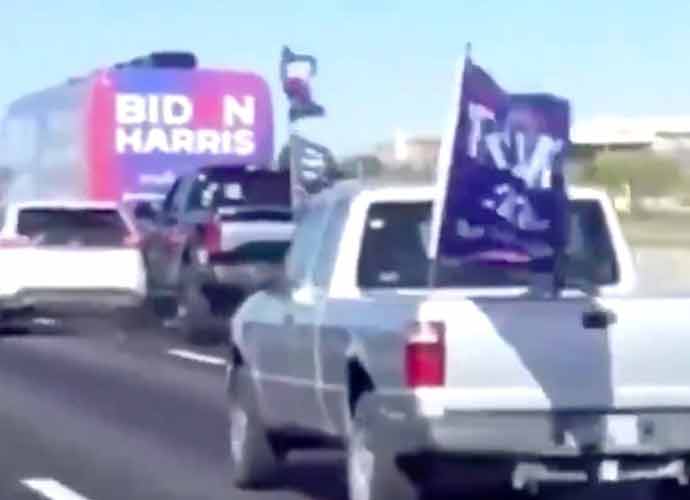 On Sunday, an FBI spokesperson confirmed that it is currently investigating harassment of a Joe Biden campaign bus by motorists who displayed Trump 2020 flags.

The incident took place last week where motorists attempted to slow down and run the bus off the road. The bus was traveling from San Antonio to Austin in an effort to urge Biden supporters to cast their ballots before early voting ended.

Individuals who were a part of a “Trump Train” began to yell profanities and tried to block the Biden bus’ pathway.

The bus was slowed from 30 m.p.h. to 20 m.p.h. on an interstate highway with more than 100 other surrounding vehicles.

President Donald Trump tweeted a video of the incident and captioned his tweet with “I LOVE TEXAS.”