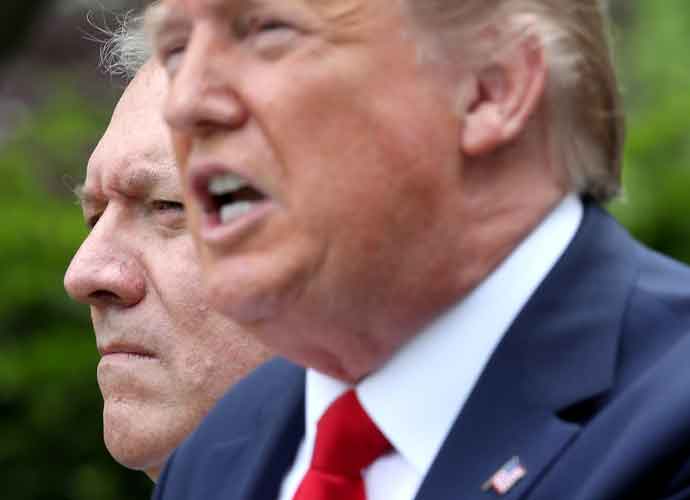 WASHINGTON, DC - MAY 29: U.S. Secretary of State Mike Pompeo (L) listens as U.S. President Donald Trump speaks about U.S. relations with China, at the White House May 29, 2020 in Washington, DC. President Trump did not take questions regarding the current situation in Minneapolis following the death of George Floyd and todays arrest of Derek Chauvin the former Minneapolis police officer who knelt on Floyd’s neck for an extended time causing him to die.

Trump Would Easily Win If 2024 Republican Primary Was Held Today

The poll, which surveyed registered voters, found Trump receiving the backing of 53% of Republicans and Republican-leaning independents in a hypothetical 2024 Republican primary.

Pence came in second with 12%, while Trump Jr. received 8%. The other candidates each collected less than 5%.

The conversation surrounding a potential Trump 2024 bid indicates a gradual acceptance of his 2020 election loss. To that end, the POLITICO/Morning Consult poll found that most registered voters approve of how President-elect has handled the transition of power so far.

Only 22% said they strongly disapprove of Biden’s handling of the transition, while 43% said they approved. Nineteen percent somewhat approved, 6% somewhat disapproved and 10% had no opinion.