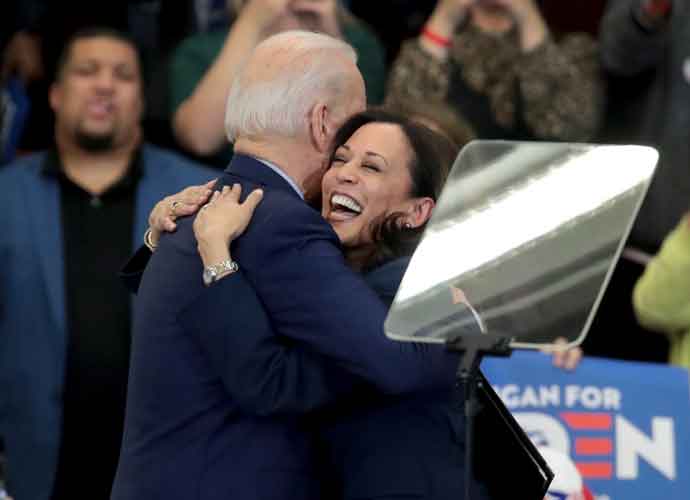 Biden’s Nationwide Lead Narrows To 10% Over Trump, Most Voters Worried About Election Meddling

The survey, conducted by Monmouth University and released Tuesday, found Biden leading 51% to 41% among registered voters nationwide. This marks a two-point increase for Trump and a one-point decrease for Biden since late June.

An additional 4% of those polled are still undecided, while 2% said they back Libertarian candidate Jo Jorgensen and 1% back the Green Party’s Howie Hawkins.

The number of respondents who held unfavorable views of Biden increased by 3% since June, while those with similar views towards Trump decreased by 1%. However, the majority of those polled (54%) said they view Trump unfavorably.

Although the race has tightened since June, Biden maintains a comfortable lead going into the Democratic National Convention Aug. 24-27.

A large part of Biden’s lead can be attributed to voters’ disproval of Trump’s handling of the coronavirus pandemic which has affected more than five million Americans and killed over 167,000.

The registered voters surveyed also expressed concerns that election meddling could influence the outcome of the results, though the expected causes differed mainly along party lines.

Nearly three out of four voters said they are concern about potential election interference, with 78% being Democrats, 66% Republican and 70% independent.

Most Democrats concerned about meddling believe the cause would be from Russia (40%), while 9% name China and 4% name another country. Republicans, on the other hand, are less likely to expect foreign interference. Only 12% named China as a potential cause, while 6% listed Russia and 3% named another country.

Some Democrats also said they expect Trump to interfere (31%), along with the Republican Party (16%). A few (5%) also listed government election officials as well as the U.S. Postal Service (2%) as possible culprits.

The majority of GOP voters (55%) cite Democrats as the most likely cause of any interference and 11% list mail-in voting as an opportunity for meddling. Two percent named the media as a potential cause.

The Monmouth University poll was conducted via phone Aug. 6 to 10 and surveyed 868 adults, 785 of whom were registered voters. Its margin of error is +/-3.5%.