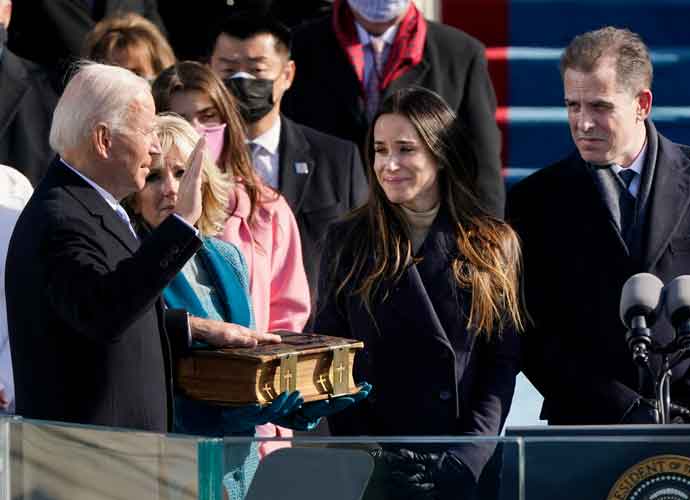 WASHINGTON, DC - JANUARY 20: Joe Biden is sworn in as the 46th president of the United States by Chief Justice John Roberts as Jill Biden holds the Bible during the the 59th inaugural ceremony on the West Front of the U.S. Capitol on January 20, 2021 in Washington, DC. During today's inauguration ceremony Joe Biden becomes the 46th president of the United States. (Photo by Patrick Semansky-Pool/Getty Images)

Politico‘s Eugene Daniels spoke to Joe Scarborough to discuss the poll’s findings. “It seems that Americans are looking at what’s happening in the Biden White House, after four years of the Trump administration and and they are expecting more,” said Daniels. “Whether or not that holds will depend on how big this COVID relief bill ends up being.”

The Politico-Morning Consult poll also showed that 54% of Republicans think former President Donald Trump should play no role in the future of the Republican party.

“Everyone who wants to run has to continue to embrace him [Trump] they can’t speak out against him because of how much of a hold he still has on the Republican party. They spent four years saying anyone who didn’t have undying loyalty to former President Trump is a traitor to the party,” said Daniels. “How can you run against someone like that?”