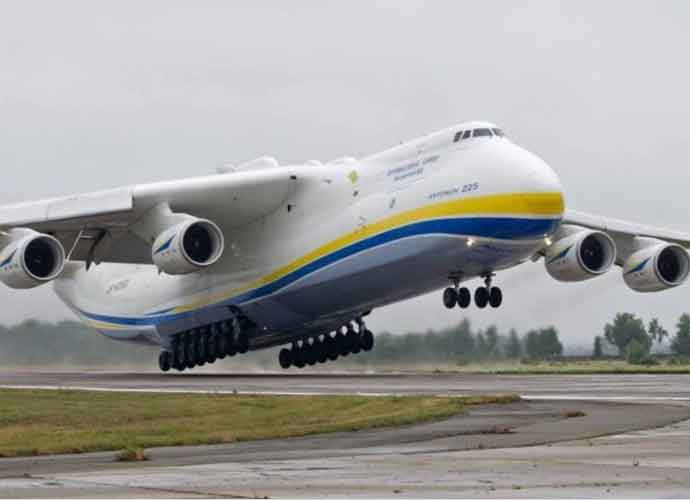 The world’s largest aircraft, Antonov AN-225, was destroyed by Russian forces, announced Ukrainian officials. The plane was parked at an airfield near Kyiv undergoing repairs.

The aircraft, which was known by the name Mriya, will take over five years and $3 billion to repair, according to Ukroboronprom, which is an association comprised of Ukraine’s aerospace and defense sectors. They said they will make sure Russia is responsible for the cost of the repairs.

“Russia has hit the Mriya as a symbol of Ukraine’s aviation capabilities,” the company said.

Russian forces captured Hostomel airfield, where the plane was sitting in a hanger on Friday. Satellite images showed a noticeably damaged hanger. The plane was supposed to take off on February 24, but couldn’t go. At the time of the Russian attack, one of its engines was dismantled for repairs. In a separate occurrence, fires were detected by NASA’s Fire Information for Resource Management System on Sunday. It is unknown if the fire was connected to a real fire or explosions.

“Russia may have destroyed our ‘Mriya’. But they will never be able to destroy our dream of a strong, free and democratic European state. We shall prevail!” wrote Ukrainian Foreign Minister Dmytro Kuleba on Twitter.

This was the world’s largest aircraft, AN-225 ‘Mriya’ (‘Dream’ in Ukrainian). Russia may have destroyed our ‘Mriya’. But they will never be able to destroy our dream of a strong, free and democratic European state. We shall prevail! pic.twitter.com/TdnBFlj3N8

The aircraft had been in use for over 30 years, dating back to the Soviet Union. Mriya is the heaviest airplane ever built. It was utilized to deliver resources to disaster-stricken places worldwide. The aircraft brought relief supplies after Haiti suffered a devastating earthquake in 2010. It also helped deliver medical supplies in the wake of the Covid-19 pandemic.

“The occupiers destroyed the airplane, but they won’t be able to destroy our common dream,” Ukroboronprom said. “Mriya will definitely be reborn.”