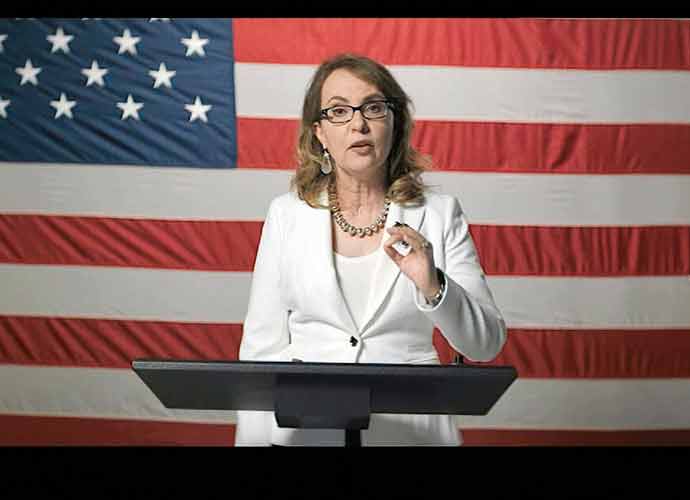 Former Arizona representative Gabby Giffords, who suffered from a traumatic brain injury during a mass shooting in 2011, shared a video of her endorsement for Democratic presidential nominee Joe Biden at the Democratic National Convention on Wednesday.

Giffords’ injury resulted in aphasia, a speech disorder that affects one’s ability to communicate. Her husband, Mark Kelly, stated on Twitter that this was the longest speech Giffords has delivered since the shooting.

.@GabbyGiffords is one of the toughest people I know. She’s fought so hard for her recovery and to regain her speech. And tonight, she gave her longest speech since she was shot nearly 10 years ago. She reminds me every day to never give up. https://t.co/9BhyTQhbSw

Giffords’ video shows footage of her practicing for the speech.

“Words once came easily, but today I struggle to speak,” said Giffords. “But I have not lost my voice. America needs all of us to speak out, even when you have to fight to find the words.”

Her message is a powerful statement for recovery and strength in turbulent times. She then emphasized that Biden must win the election.

“We can be on the right side of history. We must elect Joe Biden. He was there for me. He’ll be there for you, too,” Giffords said.

Giffords and Biden both support gun reform. Giffords and her husband run a nonprofit organization that is “dedicated to saving lives from gun violence” and “inspires the courage of people from all walks of life to make America safer.” Biden is running on a gun policy platform that supports universal background checks and bans on assault weapons.