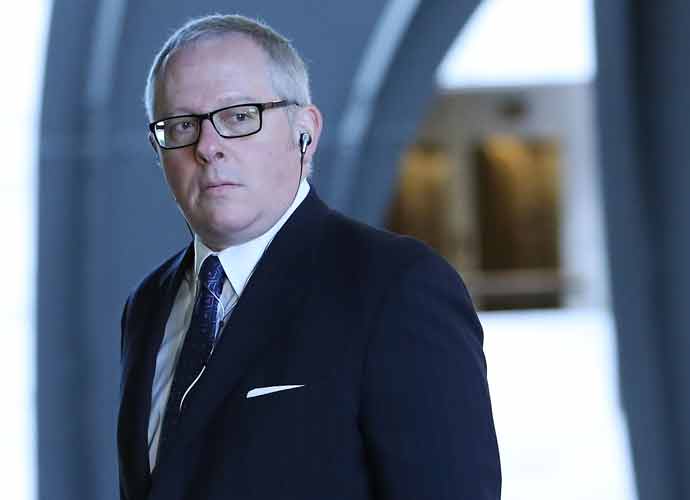 WASHINGTON, DC - MAY 01: Former Trump campaign official Michael Caputo arrives at the Hart Senate Office building to be interviewed by Senate Intelligence Committee staffers, on May 1, 2018 in Washington, DC.

Michael Caputo, the assistant secretary of public affairs at the Department of Health and Human Services, on Sunday accused career scientists at the Centers for Disease Control and Prevention of engaging in “sedition” and fostering a “resistance unit” to undermine President Donald Trump‘s efforts to address the coronavirus pandemic.

CDC scientists “haven’t gotten out of their sweatpants except for meetings at coffee shops” to plot “how they’re going to attack Donald Trump next,” Caputo said. “There are scientists who work for this government who do not want America to get well, not until after Joe Biden is president.”

He went on to assert that he is in personal danger from opponents of the administration.

“If you carry guns, buy ammunition, ladies and gentlemen, because it’s going to be hard to get,” he said.

At one point during the video, Caputo said “there are hit squads being trained all over this country” to prevent Trump from winning reelection. He continued, “You understand that they’re going to have to kill me — unfortunately, I think that’s where this is going.”

He later clarified to CBS News that the latter comment was a real-time reaction to a man driving by his house screaming, “You’re a dead man, Caputo.”

Caputo said he has filed a report with his local police department, and that his 6-year-old and 8-year-old daughters were sitting on the porch with him as he filmed and became upset due to the comment.

In a statement on Monday, Caputo told The New York Times: “Since joining the administration, my family and I have been continually threatened” and harassed by people who have later been prosecuted. “This weighs heavily on us, and we deeply appreciate the friendship and support of President Trump as we address these matters and keep our children safe.”

Caputo, however, charged that all Trump supporters are in danger, citing the incident in Portland, Ore., in which a man with rightwing ties was killed.

“Remember the Trump supporter who was shot and killed?” Caputo said. “That was a drill.”

The suspect in the shooting, Michael Forest Reinoehl, was shot and killed this month by federal officers. He “went down fighting,” Caputo said. “Why? Because he couldn’t say what he had inside him.”

Caputo, who has been accused of tampering with CDC’s Morbidity and Mortality Weekly Reports, claimed during the broadcast that scientists “deep in the bowels of the CDC” walked “around like they are monks” and “holy men” but practiced “rotten science.”

“To allow people to die so that you can replace the president” is a “grievous sin,” Caputo said. “And these people are all going to hell.”

Despite his criticism of the scientists, Caputo praised the agency director, Dr. Robert Redfield, as “such a good man” and “one of my closest friends in Washington,” as well as his scientific adviser Dr. Paul Alexander, who he said was “a genius.” Alexander was heavily involved with the effort to make the CDC’s Morbidity and Mortality Weekly Report appear more favorable to Trump.

Caputo, a longtime Trump supporter, worked on the 2016 presidential campaign but did not immediately receive a position in the administration. However, he was appointed to his current role mid-pandemic in April, when tensions were at an all-time high between the health secretary, Alex Azar, and the White House.

Caputo reportedly later apologized to the department for the video, but has not faced any career repercussions. He now says we will take a medical leave of absence from HHS.