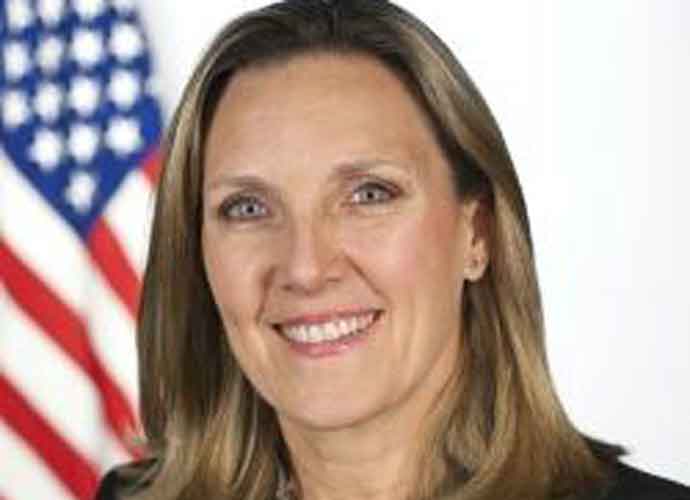 Andrea Thompson, the State Department official in charge of arms control negotiations with Russia, failed to disclose a connection to the boyfriend of a convicted Russian spy, according to a report by the Washington Post.

Thompson, who previously served as the national security advisor to Vice President Mike Pence, had her marriage in 2017 officiated by Paul Erickson, a longtime friend of her and her husband, David Gillian. At that time, Erickson was dating Maria Butina, who later pled guilty to conspiring to act as a Russian agent and sent to prison. Butina, who came to the wedding with Erickson, had minimal interaction with Thompson or Gillian beyond the obligatory “congratulations.”

Erickson was also accused of working with the Russians, specifically attempting to set up a back channel of communication between the Trump campaign and the Kremlin. In a 2016 email to top Trump campaign officials, Erickson proposed that the New York tycoon could “make first contact” with “President Putin’s emissary” at an upcoming National Rifle Association event. This planned meeting never ended up taking place, reported the New York Times. While he was not charged with anything related to collusion, Erickson was eventually convicted of fraud after he lied to investors, including Gillian, about a fake series of retirement facilities.

Thompson failed to disclose that she had a connection to Butina and Erickson to her superiors when she was being confirmed into the State Department in the spring of 2018, with the information only coming out in a Post article last week. While there is no evidence that Gillian or Thompson had significant interactions with Butina at any point, many in the government have criticized her for not informing officials that she was married by the boyfriend of a spy, especially considering her position. “When the person who marries you gets into trouble with the Russians and your job is to negotiate with the Russians, you have to disclose that,” said a senior administration official. “Everybody with an intelligence clearance knows that.”

According to Sen. Robert Menendez (D-New Jersey), the ranking Democrat on the Senate Foreign Relations Committee, the panel will be investigating Thompson’s failure to disclose information about her connection to Russian agents. “These reports about Under Secretary Thompson raise questions about how forthcoming she was with all relevant information during her confirmation process,” Menendez said. “I hope that any relevant connections implicating financial interests, or to someone who our government has charged with being an agent of a foreign power, would have been fully reviewed and vetted by the FBI during the security clearance process, and disclosed to the Foreign Relations Committee. It is not clear that happened.”