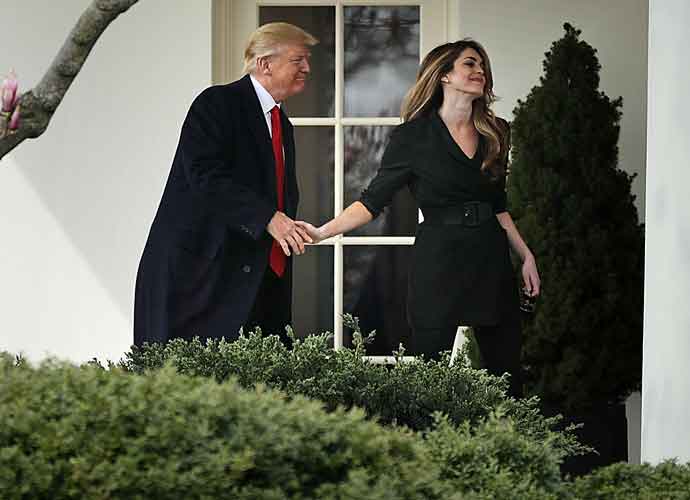 Trump Aide Hope Hicks Feared Jan. 6 Made Her ‘Unemployable:’ ‘We All Look Like Domestic Terrorists’

“We all look like domestic terrorists now,” Hicks wrote while rioters broke into the Capitol building as President Joe Biden‘s 2020 election was being certified.

Their conversation also expressed concern over how Trump’s actions could hurt their future employment opportunities.

“In one day he ended every future opportunity that doesn’t include speaking engagements at the local Proud Boys chapter,” Hicks wrote, seemingly in reference to Trump.

“Yup,” Radford responded in agreement, before adding, “And all of us that didn’t have jobs lined up will be perpetually unemployed.”

They went on to discuss former White House Director of Strategic Communications Alyssa Farah Griffin, who had resigned a month before the attack.

The text messages were a part of the House select committee in charge of investigating the Capitol attack’s release of evidence tying the former president to the events of January 6.

The committee wrapped up its investigation in December after months of interviews, reviewal of documents and public hearings by referring Trump to the Justice Department on four charges including assisting or aiding an insurrection. They noted they also had evidence to believe that Trump was guilty of two more: seditious conspiracy and conspiring to injure or impede an officer.