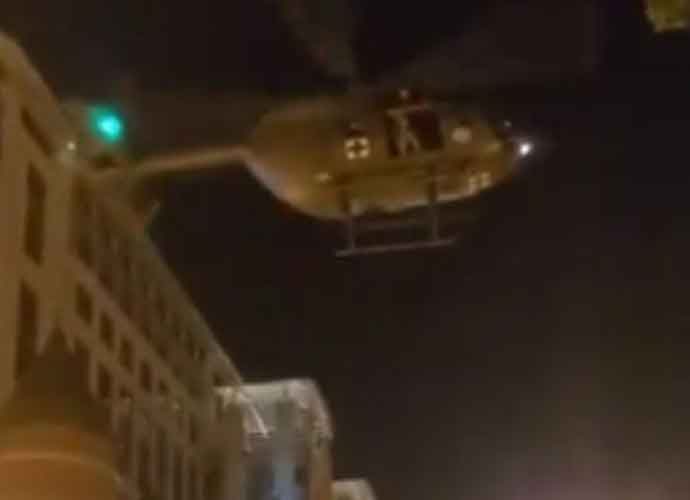 On Monday night, U.S. Army helicopters flew on a low level above the George Floyd protestors in Washington D.C., showing military force and threatening the protesting crowd with the sounds of rotors and engines. After numerous complaints from elected officials, the D.C. National Guard is investigating the incident.

On Wednesday, the D.C. National Guard released a public statement. “I hold all members of the District of Columbia National Guard to the highest of standards. We live and work in the District, and we are dedicated to the service of our nation,” said Maj. Gen. William J. Walker, DCNG Commanding General. “I have directed an immediate investigation into the June 1 incident.”

Defense Secretary Mark Esper told reporters at a Pentagon press conference on Wednesday that there were “a lot of questions that need to be answered” in regards to the helicopters incident.

“I spoke to Secretary McCarthy last night about it. He’s digging into it, and we’ll get the facts and go back from there,” he said.

On Monday, as the crowd demonstrated against police violence, going beyond the curfew hours in Washington D.C., the military helicopters showed up at the scene, hovering low and dispersing the protestors. The actions were caught on social media, the videos were posted on Twitter.

Helicopter parked over a crowd at 5/E St Nw #WashingtonDCProtest trying to force ppl away with noise and wind pic.twitter.com/x0AcC3ob0S

Helicopter isn’t moving and neither is the crowd. The show of military force on US streets is like nothing I would have believed if I weren’t here pic.twitter.com/80UnzDNx17

The show of force came after President Donald Trump threatened to use active military force on protesting citizens, as the George Floyd demonstrations engulfed the nation after the fatal arrest in Minneapolis. He criticized the local governors, calling them “weak jerks” in a private phone call and announced that he would be deploying “thousands and thousands of heavily armed soldiers, military personnel, and law enforcement officers.”