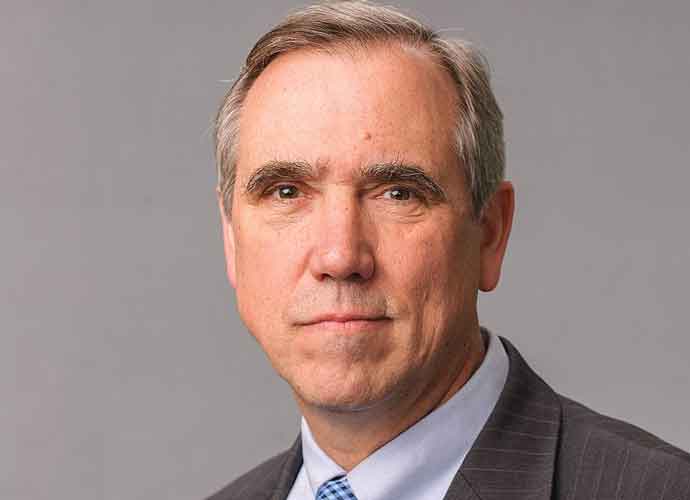 Sen. Jeff Merkley (D–Ore.) attempted to visit a Brownsville, Texas, shelter for unaccompanied minors over the weekend, live-streaming his attempt, and was denied entry into the building.

Merkley’s failed attempt brought about questions of what exactly goes on in facilities run by the Office of Refugee Resettlement such as the Brownsville one, especially after he claimed in an interview with CNN to have witnessed “hundreds of children locked up in cages” at another facility in McAllen, Texas. Merkley took to Twitter to talk about his experience in Brownsville.

I was barred entry. Asked repeatedly to speak to a supervisor—he finally came out and said he can’t tell us anything. Police were called on us.

Children should never be ripped from their families & held in secretive detention centers. RT if you agree this is WRONG. pic.twitter.com/GVCuXNjR8d

“This isn’t zero tolerance, this is zero humanity,” Merkley said in reference to the administration’s “zero-tolerance” policy that allows border security agents to separate children from their detained parents at the border. “It’s damaging children, putting them through a horrific experience in a land where they know no one, and they don’t know where they’re being sent and they don’t understand why they’re being sent.”

President Donald Trump has repeatedly slammed Democrats for the “horrible law” that calls for breaking up families, but no such law exists.

Put pressure on the Democrats to end the horrible law that separates children from there parents once they cross the Border into the U.S. Catch and Release, Lottery and Chain must also go with it and we MUST continue building the WALL! DEMOCRATS ARE PROTECTING MS-13 THUGS.

The White House met Merkley’s criticisms by blaming him for crimes committed by immigrants in a statement from deputy press secretary Hogan Gidley.

There was a following addendum labeled “on background,” meaning it should not have been attributed to the White House. However, CBS News included it in a report. In the section, the White House linked Merkley’s policies with two violent crimes.

“The victims of Sen. Merkley’s reckless open border policies include his own constituents: a 65-year-old Oregon woman who was sexually assaulted by an illegal alien that had been previously deported 20 times prior, and a young Oregon girl who was allegedly raped several times by a twice-deported illegal alien.”

Attorney General Jeff Sessions announced in May that the Department of Homeland Security would be referring every person caught illegally crossing the border to the Justice Department for prosecution. In an interview with NPR, White House Chief of Staff John Kelly called the risk of ripping families apart a “tough deterrent.”