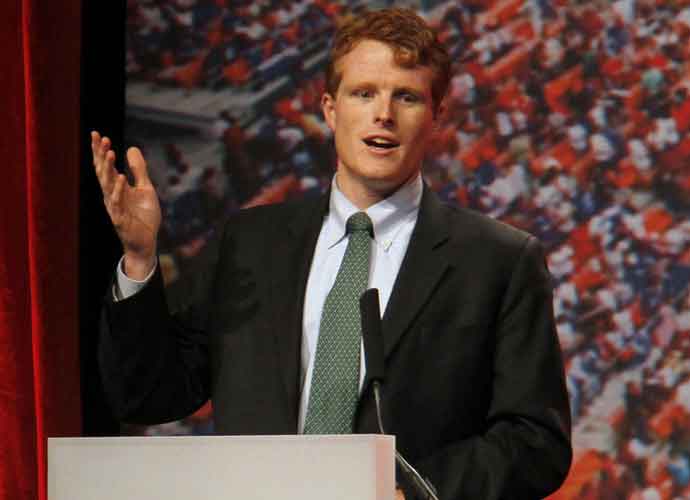 The longtime incumbent mobilized an army of young progressives on both social media and in the field, branding himself as the co-sponsor of the Green New Deal and a supporter of Medicare for All. While highlighting his working-class background, Markey had painted his roots as a stark contrast to the member of the Kennedy dynasty.

“We made it clear that we’d rather lose fighting as hard as we could for what we believe in than in finding the middle ground,” Markey said in his victory speech. “The progressive movement knows how to fight. We will not surrender.”

He praised the youth activists who worked to get him re-elected.

“Our movement is fueled by young people who are not afraid to raise their voices or make enemies,” Markey said. “Tonight’s victory is a tribute to those young people and to their vision. They will save us if we trust them. And I do.”

In live-time commentary and election analysis by the New York Times, New England Bureau Chief Ellen Barry noted that there was a divide between younger and older voters in how the Kennedy name is perceived.

“There is still a deep reverence for the Kennedy name among older voters; I met women in their 60s or 70s who were clearly thrilled just to be in the room at Joe’s campaign events,” Barry said. “The Kennedy name is not working the same way with younger voters. To a lot of them, the name scans as privilege, entitlement.”

The highly anticipated prompted an array of prominent endorsements for both candidates, with Markey boasting the support of Rep. Alexandria Ocasio-Cortez (D-New York) and Kennedy securing support from Speaker Nancy Pelosi (D-California).

Markey, who first took office in 1976, highlighted his record of writing laws that created affordable internet access in schools, raised fuel economy standards for automobiles and introducing the nuclear freeze resolution in the 1980s.

Kennedy, on the other hand, took aim at Markey’s votes that didn’t align with the progressive values he espoused, including his support for the Iraq War, NAFTA, the Patriot Act and the 1994 crime bill.

The challenger was up in the polls after first announcing his bid, but his lead began to wane amid the coronavirus pandemic and inability to canvass and hold in-person events, which he believe “without question hinders a challenger.”

In his concession speech, Kennedy thanked Markey for “the energy and enthusiasm that he brought” to the race.

“The senator is a good man,” Kennedy said. “You have never heard me say otherwise. It was difficult at times between us. Good elections often get heated. But I’m grateful for the debate, for his commitment to our Commonwealth, and for the energy and enthusiasm that he brought to this race.”

He also said that his family had been “invoked far more often than I anticipated,” but stood by his legacy, calling his historical family members an “example of what public service should be, and can be, when it is done with courage and grit.”