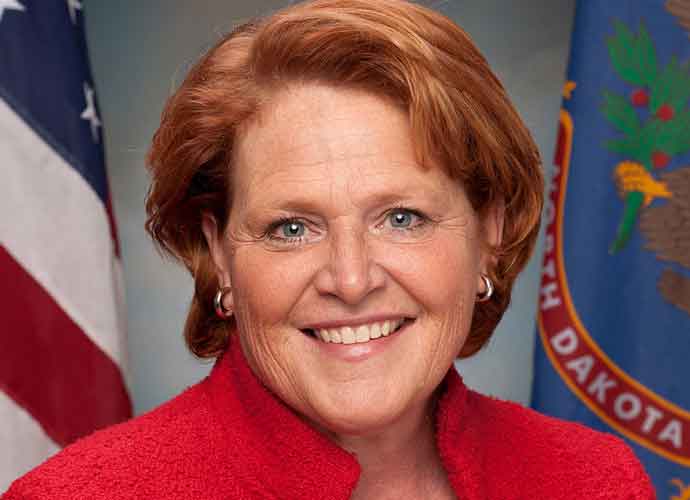 Democratic Sen. Heidi Heitkamp of North Dakota announced Friday afternoon that she will oppose the nomination of Brett Kavanaugh to the Supreme Court.

Heitkamp — who is seeking re-election this year in a red state and is considered the most vulnerable Democrat  in next month’s midterms — is one of the few remaining undecided votes on Kavanaugh. West Virginia Sen. Joe Manchin is now the only Democrat who has not yet said how he will vote regarding the scandal-plagued judge. Democratic Sen. Joe Donnelly of Indiana announced he would vote “no” on Kavanaugh.

“After doing my due diligence and now that the record is apparently closed, I will vote against his confirmation,” Heitkamp wrote in her statement, in which she praised Kavanaugh’s first sexual assault accuser, Christine Blasey Ford.

“When I listened to Dr. Ford testify, I heard the voices of women I have known throughout my life who have similar stories of sexual assault and abuse. Countless North Dakotans and others close to me have since reached out and told me their stories of being raped or sexually assaulted – and expressed the same anguish and fear.”

She continued, “Our actions right now are a poignant signal to young girls and women across our country. I will continue to stand up for them.”

The North Dakota incumbent is running against Republican Rep. Kevin Cramer, who currently leads her in the polls. Cramer drew criticism last month after he said the sexual assault accusations against Kavanaugh may not be enough to disqualify him “even if it’s all true” because the alleged incidents occurred decades ago.

Moderate GOP Sens. Lisa Murkowski of Alaska and Susan Collins of Maine are still undecided on Kavanaugh, while Arizona Republican Sen. Jeff Flake is expected to vote in favor of approving the judge.