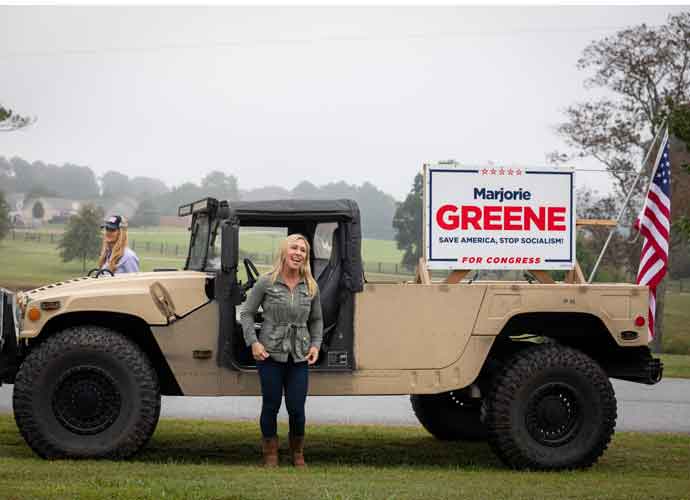 Reo. Marjorie Taylor Greene (R-Georgia) recently won her seat to represent Georgia’s 14th congressional district, but some are already calling for her to be expelled from Congress after she was accused of inciting the Capitol riots with her comments.

Adam Clayton Powell, former chair of the House Committee on Education and Labor, set a precedent for representative removal when House Speaker John W. McCormack investigated him for offenses of financial misconduct.

Following the investigation, the House voted 307 to 116 not to seat Powell and declared his seat vacant. This led to the 1969 case Powell v. McCormack, declaring that Powell must be seated as he was lawfully elected.

According to Article 1, Section 5 of the United States Constitution, “each House may determine the Rules of its Proceedings, punish its Members for disorderly Behavior, and, with the Concurrence of two this, expel a Member.” This means that Pelosi can recommend Greene be expelled, provided she gets Republicans to vote to expel her, which is an extreme solution that has only been used five times before.

James Traficant was the most recent member to be expelled from Congress in 2002 on a 420-1 vote. He was indicted on 10 counts of bribery, racketeering and tax evasion.

Another option for Greene’s removal is for Congress to a formal censure, which is a public condemnation of the conduct of the representative and an inherent threat that further infractions may warrant removal from office.

When a Congress member is censured, they are also removed from any committee assignments. The most recent member to be censured was Rep. Charles Rangel in 2010.

Under Powell v. McCormack, Greene must be seated if she meets all of the House of Representatives’ requirements, but a two-thirds vote to expel her can prevent her from being seated.