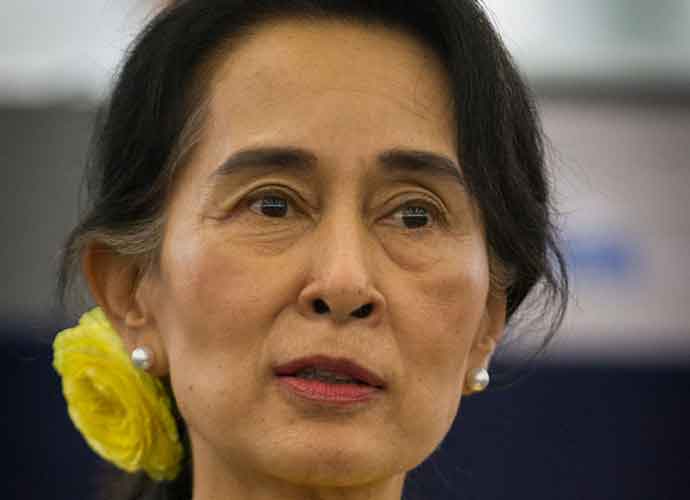 Nobel Peace Prize Laureate Aung San Suu Kyi has characterized the pogroms against Myanmar’s ethnic Muslim minority, the Rohingyas, in euphemistic terms such as “intercommunal violence,” action against “insurgents or terrorists” and possible use of “disproportionate force,” before the International Criminal Court last week.

Suu Kyi has become a defender for the Myanmar military saying they probably did not “distinguish clearly enough” between rebels and civilians. Despite a widespread consensus among the international community that genocide has been committed against the Rohingyas by Myanmar’s security forces, Suu Kyi has denied these claims.

Suu Kyi has criticized “impatient international actors.” “It would not be helpful for the international legal order if the impression takes hold that only resource-rich countries can conduct adequate domestic investigations and prosecutions,” she said.

She has not even once used the word “Rohingya” to refer to the ethnic Muslim minority in Myanmar facing brutal persecution at the hands of the military. She simply refers to them as people living in the state of Rakhine.

“It would not be helpful for the international legal order if the impression takes hold that only resource-rich countries can conduct adequate domestic investigations and prosecutions,” she said.

According to Suu Kri, the violence started on August 25, 2017. It was set off by coordinated attacks on police and army posts by a Rohingya Muslim militant organization leading to counter-operations by security forces.

She said that the security forces used the counter-operations to “clear a locality of insurgents or terrorists.” “If war crimes have been committed,” she said, “they will be prosecuted within our military justice system.”

Only a couple of isolated cases of killings have been the subject of legal inquiries within Myanmar.

The former U.S. Ambassador to the United Nations Bill Richardson was asked by Suu Kyi to participate in one of several commissions on Rakhine she put together. He quit in disgust last year after he said that she “exploded” in anger at his criticism. “She might have hit me, she was so furious,” he recalled then.

The great hall of the International Court of Justice, a polished space of chandeliers and stained glass windows, has been packed with diplomats, activists, lawyers and reporters vying for a glimpse of Suu Kyi.

Suu Kyi did not react on Tuesday as the Justice Minister of Gambia Abubacarr M Tambadou opened his country’s case by urging the court to tell Myanmar “to stop this genocide of its own people.”

“It is indeed sad for our generation that 75 years after humankind committed itself to the words ‘never again,’ another genocide is unfolding right before our eyes,” Tambadou said. “Yet we do nothing to stop it.”

The  lead lawyer for  Gambia’s  legal team Paul Reichler addressed the question of whether Suu Kyi bore personal responsibility for the deaths of thousands of Rohingya. Her defenders say she is constrained by the military’s continuing grip on some of the most important levers of power in Myanmar.

Reichler showed the court a picture of large billboards that have appeared in Myanmar in recent days, showing her superimposed in front of three smiling generals with the caption: “We stand with you.”

Myo Nyunt said that the billboards did not mean Suu Kyi and the military were united. “It just means they are in the same cabinet,” he said. “This case is very delicate and we need to handle the problem gently.”

“Unfortunately she has totally taken sides, and she is now whipping up nationalism simply to become more popular,” said U Maung Tun Khin, a Rohingya who traveled to The Hague from London to witness the hearings.

“We can see that the divided political forces inside Myanmar have united to face a lawsuit from a foreign country that is seen as a common enemy,” Ma Thinzar Shunlei Yi said.

Rohingya Muslims have been persecuted for decades in Buddhist-majority Myanmar, gradually losing rights to education, health care and even citizenship.

Half a million Rohingya still live in Rakhine, but they have been herded into internment camps or prevented from leaving their villages, even to farm or collect firewood.