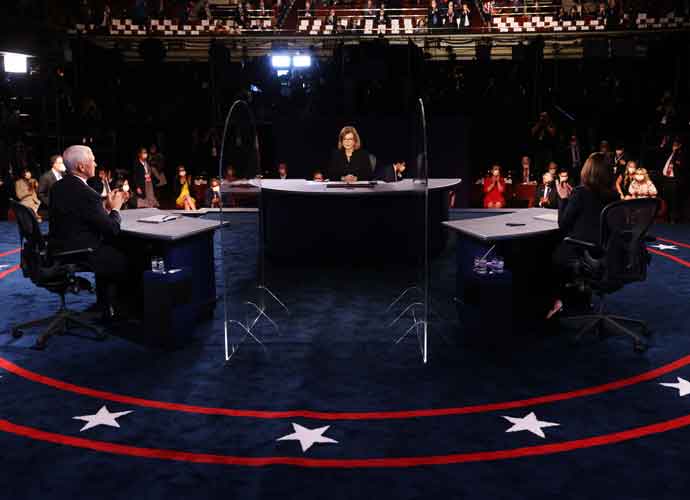 Kamala Harris Slams Trump’s Response To COVID-19 During Vice Presidential Debate: ‘They Covered It Up’

“They knew what was happening, and they didn’t tell you,” Harris said. She added: “They knew, and they covered it up.”

President Donald Trump‘s handling of the pandemic is viewed unfavorably by most Americans, with 56.6% disapproving and only 40.5% approving of his response, according to FiveThirtyEight polling trends. More than 210,000 Americans have died from the virus and the president has been lax about preventive measures including mask-wearing and social distancing — two factors that likely contributed to him contracting the virus last week.

Vice President Mike Pence deflected, saying the pandemic would have been much worse if Trump hadn’t shut down travel from China early on and “bought us invaluable time.”

However, in New York, the former hotspot of the virus, a study found that most COVID-19 cases actually came from Europe, instead of China.

Pence also brought up the 2009 H1N1, or Swine Flu, outbreak, saying former Vice President Joe Biden‘s response to it was a “failure.”

“If the swine flu had been as lethal as the coronavirus in 2009, when Joe Biden was vice president, we would have lost 2 million American lives,” Pence said.

The Centers for Disease Control and Prevention estimate that from April 2009 to April 2010, there were 60.9 million cases and 12,469 deaths — both far lower than COVID-19 and without statewide lockdowns and economic slowdowns.

During the debate, Harris also stated she would not take any vaccine the president says is a cure, angering Pence, who argued she was undermining public confidence in health experts.

However, pushing a vaccine before Election Day has been an important talking point for the administration, as it could restore faith in their handling of the pandemic and help win back some votes. However, experts have cautioned that vaccines will not be available to the general public until next summer, and others have pointed to Trump’s previous, false “miracle cures,” such as ingesting Lysol, using UV rays and most notably touting the antimalarial drug hydroxychloroquine.

In fact, a recent Cornell study found that Trump’s talk about “miracle cures” was the single, largest driver of misinformation on the virus worldwide.

The next debate, between the two presidential candidates, is set for Oct. 15. Trump has said he will not participate after the Commission on Presidential Debates announced that it would be all virtual.