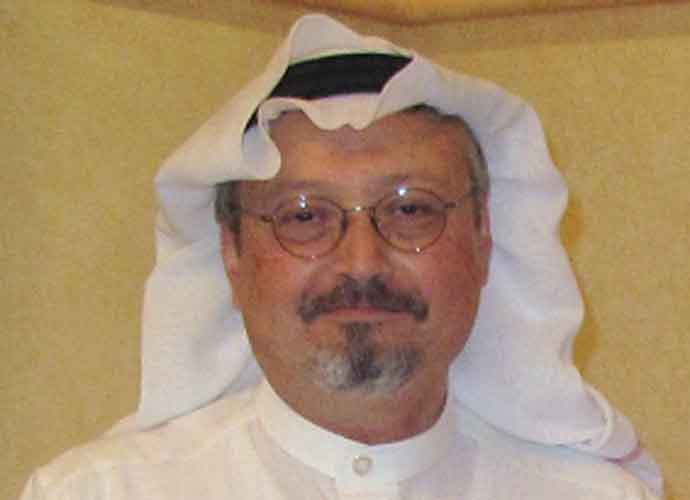 The body of Jamal Khashoggi, the Saudi journalist who was murdered at the Saudi consulate in Istanbul, was dissolved in acid by his killers in an attempt to conceal their crime, according to Yamal Aktay, one of Turkish President Recep Tayyip Erdogan‘s advisers.

“The reason they dismembered Khashoggi’s body was to dissolve his remains more easily,” Atkay told the newspaper Hurriyet Daily. “Now we see that they did not only dismember his body but also vaporized it.”

Reports of Khashoggi’s “gruesome murder” and dismemberment surfaced from government officials in Turkey soon after the journalist’s disappearance in the consulate.

Early claims by Turkish officials indicated that Khashoggi had been hacked to pieces with a bone saw. Officials speculated that the black cars seen driving away from the consulate soon after the killing took place dumped the remains in a field.

But according to a Washington Post report citing an unnamed official, “biological evidence” found in a garden adjacent to the consulate indicated that Khashoggi’s body had been dissolved and “was not in need of burying.”

“The murder of an innocent person is one crime,” Aktay said in the same interview. “The treatment of the body is a separate crime.”

Istanbul’s chief prosecutor, Irfan Fidan, said in a statement Wednesday that Khashoggi was strangled to death as soon as he entered the Saudi consulate October 2, the first official confirmation of how the Saudi journalist died.

“The victim’s body was dismembered and destroyed following his death by suffocation,” his statement read.

In late October, President Erdogan announced that officials had arrested 18 men in connection to the killing. Though all 18 are Saudi nationals, Erdogan claims they should face trial in Turkey, claiming jurisdiction on the grounds that the crime occurred on Turkish soil.

Unlike an embassy, which is protected from the laws governing the country it’s located in, a consulate is not considered foreign soil. In other words, crimes committed in a consulate can be tried in the country they are perpetrated in without the need for extradition.

Leaders in Riyadh originally claimed the journalist had died in a brawl, but later admitted to killing under mounting international pressure.

The plot to murder Khashoggi has been linked to the de facto ruler of the Arabian kingdom, Crown Prince Muhammad bin Salman, though little concrete evidence has come out definitively linking the billionaire prince to the killing.

Chris Rock Tests Positive For COVID-19 After Being Vaccinated

Amy Schumer Reveals That Her Uterus & Appendix Have Been Removed