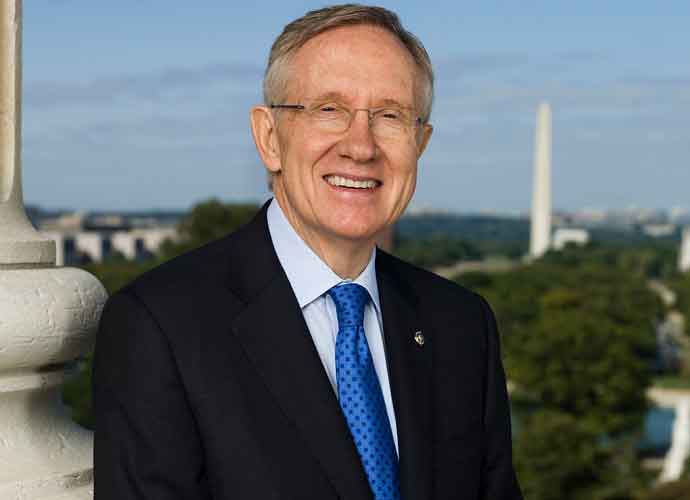 Harry Reid: Donald Trump Is “The Worst President We’ve Ever Had”

Harry Reid, 79, served as Senate Majority Leader from 2007 to 2015. In a recent interview with the New York Times, he had some harsh words for Donald Trump, describing him as “the worst President we’ve ever had” and an “amoral” individual. “Trump is an interesting person,” Reid said. “He is not immoral but is amoral. Amoral is when you shoot someone in the head, it doesn’t make a difference. No conscience.”

When speaking of the quality of Trump’s time leading the White House, the Nevadan Democrat did not mince words. “We’ve had some bad ones, and there’s not even a close second to him. He’ll lie. He’ll cheat. You can’t reason with him.” Additionally, Reid doesn’t believe Trump’s a pessimist, he simply believes the Republican is “a person who is oblivious to the real world.”

Former FBI director James Comey often likens Trump to a mob boss. It’s a comparison Reid doesn’t agree with, however, arguing Trump’s tenure in the Oval Office lacks the discipline organized crime requires. “Organized crime is a business, and they are really good with what they do. But they are better off when things are predictable. In my opinion, they do not do well with chaos. And that’s what we have going with Trump.”

In addition to discussing Trump, Reid also addressed his 2013 decision to adjust the filibuster rules regarding federal court nominees. This has become one of the more contentious aspects of his Senate legacy, as it made it easier for Republicans to confirm judges that align with their beliefs once Trump took office. Reid, however, defends his decision, saying, “We had over 100 judges that we couldn’t get approved, so I had no choice. Either Obama’s presidency would be a joke or Obama’s presidency would be one of fruition.”