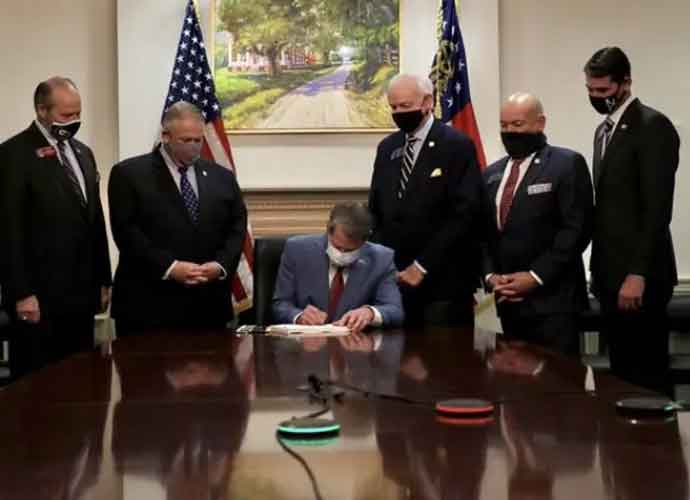 During the bill’s signing, Kimberly Wallace noticed a painting of a plantation on the wall in the background. To her disbelief, it was, in fact, the very plantation where her family members worked dating back to slavery, the Callaway Plantation in Washington, Georgia.

Wallace said that Kemp signing the bill into law in front of the painting of the Callaway Plantation was “very rude and very disrespectful to me, to my family, to black people of Georgia.”

Mallory Blount, press secretary for Kemp, said this accusation was an attempt by the media to “distract” from the new law.

“The house in the painting was built in 1869, after the abolition of slavery,” Blount said. “The painting was selected by the Georgia Council of the Arts’ ‘Art of Georgia’ program, which rotates different pieces of art for display throughout the state capitol.”

Republicans have supported Kemp and the new law saying it will “ensure elections in Georgia are secure, fair, and accessible.” The following measures are included in the law:

“The part about not being able to give people water, the part about not feeding people like what is that,” Wallace said in response to the law. “What in their mind would think that it’s not right to give a thirsty person some water, in any situation, whether they’re voting, or whatever. It’s ridiculous.”