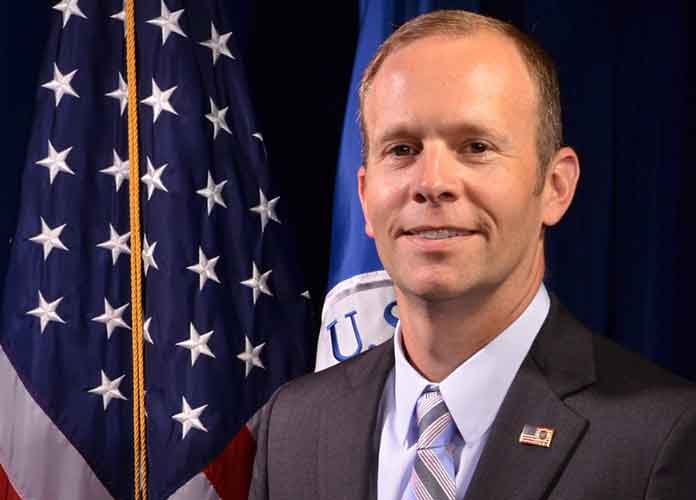 FEMA Administrator Brock Long defended President Donald Trump on Sunday after he drew rebukes for questioning that 3,000 people died as a result of Hurricane Maria in Puerto Rico last year.

In an interview on NBC’s Meet the Press, Long said the figures obtained from academic studies about the disaster were “all over the place.”

“I think the president is being taken out of context there,” said Long. “I mean, I talked to the president every day this week, and the secretary of homeland security, and we discuss what we’re trying to do as a result of last year.”

Long stood beside Trump in the Oval Office last week when the president called his administration’s’ response to Maria “an unsung success.” After reports revealed that an estimated 2,975 people died from the storm that hit Puerto Rico in September 2017, and not 64 as initially believed, Trump accused Democratic lawmakers of inflating the statistics in order to “make him look bad.”

3000 people did not die in the two hurricanes that hit Puerto Rico. When I left the Island, AFTER the storm had hit, they had anywhere from 6 to 18 deaths. As time went by it did not go up by much. Then, a long time later, they started to report really large numbers, like 3000…

…..This was done by the Democrats in order to make me look as bad as possible when I was successfully raising Billions of Dollars to help rebuild Puerto Rico. If a person died for any reason, like old age, just add them onto the list. Bad politics. I love Puerto Rico!

“When Trump visited the island territory last October, OFFICIALS told him in a briefing 16 PEOPLE had died from Maria.” The Washington Post. This was long AFTER the hurricane took place. Over many months it went to 64 PEOPLE. Then, like magic, “3000 PEOPLE KILLED.” They hired….

….GWU Research to tell them how many people had died in Puerto Rico (how would they not know this?). This method was never done with previous hurricanes because other jurisdictions know how many people were killed. FIFTY TIMES LAST ORIGINAL NUMBER – NO WAY!

“What we’ve got to do is figure out why people die from direct deaths, which is the wind, the water and the waves, buildings collapsing,” Long continued in the interview with Meet the Press.

“The numbers are all over the place. FEMA doesn’t count deaths. And if you take what’s going on with Florence, the deaths that are verified by the local county coroners are the ones that we take.”

Hurricane Florence, which has hit several mid-Atlantic States including the Carolinas and Virginia, killed several people over the weekend after making landfall in the region.

One particular study from George Washington University determined the death toll in Puerto Rico was 2,975, and the island’s Gov. Ricardo Rossello has reportedly said he accepts that report.

Long also made a controversial comment regarding the tendency of domestic violence rates to increase after natural disasters.

“You can’t blame spousal abuse after a disaster on anybody,” the FEMA administrator said.

Long added he believes Trump is one of the presidents who has supported FEMA the most in recent years.