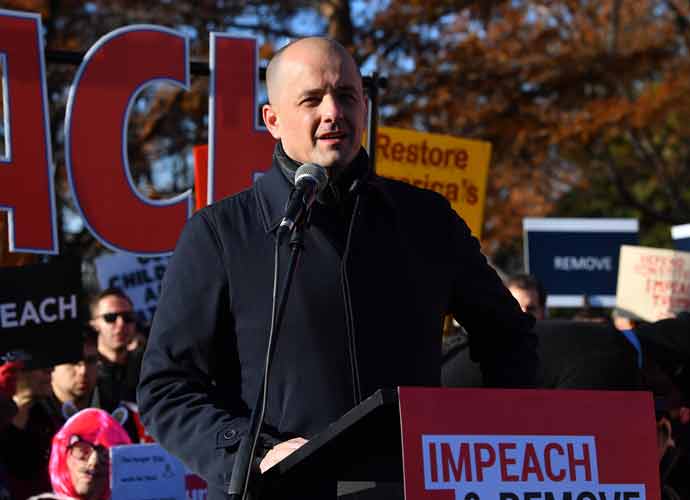 WASHINGTON, DC - DECEMBER 18: Evan McMullin, Founder of Stand Up Republic, speaks at an "Impeach and Remove" rally at the U.S. Capitol on December 18, 2019 in Washington, DC. (Photo by Larry French/Getty Images for MoveOn.org)

On Tuesday, Evan McMullin, a former CIA officer, announced his candidacy for a Utah U.S. Senate seat next year. Running as an independent candidate, McMullin will be challenging Sen. Mike Lee (R-Utah), who’s seeking a third term in the upper chamber.

McMullin’s core campaign message is to end the polarization between the two parties in the country. “Our politics are broken,” McMullin said in a statement announcing his bid. “And it’s putting our country in danger. We need leaders who will unite rather than divide. Washington has left us so polarized that we’re failing to overcome major problems facing the nation and it has to change.”

McMullin released a video to outline his campaign message. “America has reached another crossroad, with our streets on fire and our temple of democracy desecrated,” McMullin said in a video statement. “The extremes in Washington don’t represent Utah. They prevent us from governing ourselves, and they jeopardize our democracy. The result is crisis after crisis that never gets solved.”

“But here at home, we have a better way. The Utah way. It’s more compassionate, selfless, and independent. The kind of leadership that sticks to principle but still finds common ground to solve problems,” he continued. “I’m not running as a Republican or a Democrat but as a patriot committed to defending our nation.”

McMullin called Lee a “partisan” in Washington. “He’s become a partisan obstructionist who cares more about dividing Americans than solving problems,” McMullin said in an interview. “I think Washington has turned Lee’s head, and we’ve got to make a change.”

America has reached a crossroads. Extremism, division and conspiracy now threaten our quality of life and democratic republic. In Utah, we have a better way. It's more compassionate, selfless and independent. That's why I'm running to represent Utah in the U.S. Senate. Join us! pic.twitter.com/4DSS8jEeP9