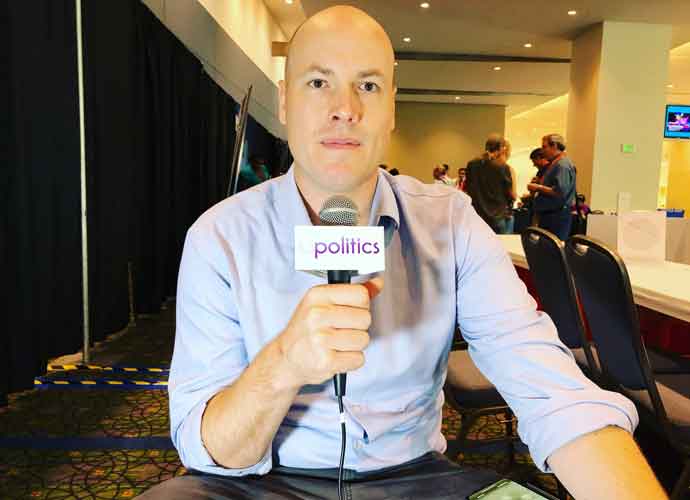 In November, Scholten narrowly lost by just 3% to King, who has led Iowa’s fourth district since 2013 and who has drawn controversy over the last year for his comments that appear to back white nationalism. King was removed from his committee assignments earlier this year due to his remarks. King previously served as leader of Iowa’s fifth district.

“We’re building a people-powered campaign that is focused on meeting with, listening to, and earning the trust and support of voters in all 39 counties in Iowa’s 4th district. This time, we’re going to get the job done,” Scholten, a former baseball player, said in a statement.

“Too many Iowan families feel like they’re getting kicked in the dirt, suffering from an economy and a government that just doesn’t have their interests at heart. We need a system that works for all people — not just special interests and those who are lucky enough to be at the top. That’s exactly why we’re in this fight: to fix our healthcare system, fight for an economy for all, and secure our democracy.”

Scholten’s announcement video was narrated by Oscar-winning actor Kevin Costner, who famously starred in films like Bull Durham and Field of Dreams.

It’s official – we’re all in to defeat @SteveKingIA Share our launch video and join us in this fight. https://t.co/qtwuPZDcWT #IA04 #IAPolitics pic.twitter.com/PwdtU43S6t

It’s official – we’re all in to defeat @SteveKingIA Share our launch video and join us in this fight. https://t.co/qtwuPZDcWT #IA04 #IAPolitics pic.twitter.com/PwdtU43S6t

Among the Iowa Republican state lawmakers who have announced 2020 congressional campaigns are Jeremy Taylor and Sen. Randy Feenstra.