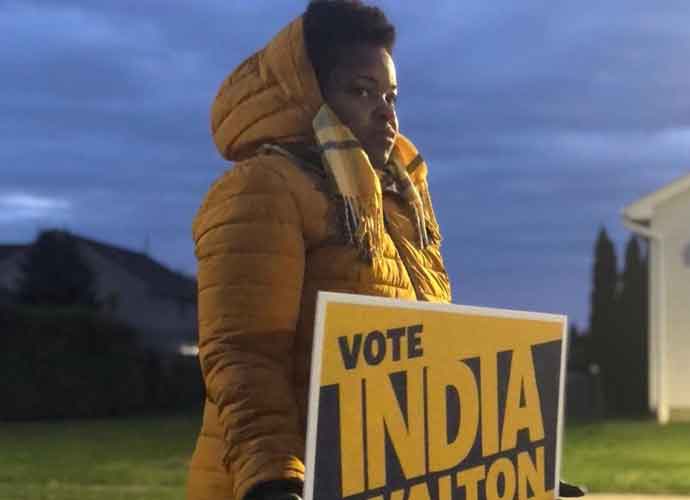 Democrat Byron Brown lost his party’s nomination earlier this year to Democratic socialist and community activist, India Walton, which led him to mount a write-in re-election campaign. Brown has been the Mayor of Buffalo since 2005, and was not ready to give up his title just yet. On Tuesday night, he did just that defeating Walton as a write-in candidate for his own job.

“At the very beginning, they said we couldn’t win, it was impossible to win as a write-in. But you can’t ever count a Buffalonian out,” the incumbent said in his victory speech.

Walton did not count herself out either, though. She refused to concede on Tuesday night, noting that all of the votes had not been counted yet. Walton won 41% of votes, while 59% were write-in votes. The write-in votes still need to be confirmed as being for Brown. Walton’s progressive agenda was invigorating to many in Buffalo, helping her snag the Democratic party’s nomination from Brown.

Though Brown is a Democrat himself, he is not as left-leaning as Walton. He ran more as a moderate, looking to appeal to Buffalo citizens who were not ready for the radical change as Walton would bring.

If India Walton loses tomorrow, and Byron Brown wins, the Republican Party wins. It will have long term negative consequences for this region. And they will be cheering in places where Trump flags fly. Don’t let it happen Buffalo. C’mon! @Indiawaltonbflo

Throughout the election, Walton has consistently reminded Buffalo voters that Brown had stopped people with progressive agendas like hers from holding an elected position. Brown ran his campaign trying to appeal to more moderate Democrats and Republicans.

These are the Republicans.

This is how Trump and his Republicans attacks Democrats.

Byron Brown is a Republican.

He has joined the party of Trump.

You should vote for me and the rest of the Democrats.

As of Wednesday morning, Walton offered a tepid concession. “And I believe today, as fervently as I ever have, that the hour will come when we will finally draw down power to the everyday people of this city, and build the safe, healthy Buffalo we all need and deserve,” she said. See her whole statement below.

My statement on last night’s election results, threaded below for accessibility. pic.twitter.com/4FNeBxHSkE