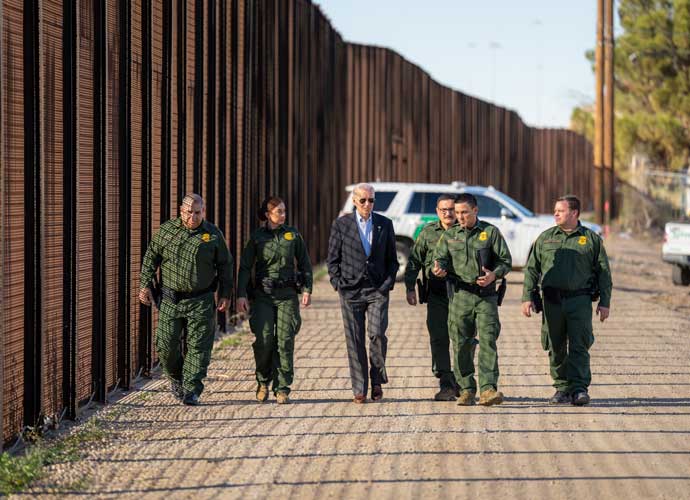 President Joe Biden spent several hours at the U.S.-Mexico border on Sunday while traveling to a meeting of North American leaders in Mexico City. The trip was the first time Biden has visited the border in office.

The Biden administration has been under fire for its border policies. Both Democrats and Republicans have criticized Biden for his approach to immigration.

“I’m traveling to El Paso to visit the border and meet with local leaders,” Biden tweeted. “Our border communities represent the best of our nation’s generosity and we’re going to get them more support while expanding legal pathways for orderly immigration and limiting illegal immigration.”

“I look forward to meeting with El Paso officials, law enforcement, and Homeland Security personnel to discuss how to bring order to the border and treat migrants with respect as we implement a lawful path for relief,” Cuellar said on Twitter.

The president recently said he would use authority under Title 42, a Trump-era policy that allowed for the expulsion of illegal migrants crossing the border. The policy has angered large factions of the Democratic party.

Republican officials have been beating the drum about Biden’s border policies for the duration of his administration.

Texas Gov. Greg Abbott (R) handed a letter to Biden upon his El Paso arrival, saying, “Your visit to our southern border with Mexico today is $20 billion too little and two years too late.”

Abbott is one of the three Republican governors that has grabbed headlines for sending migrants to Democrat-run cities, deceiving migrants into believing aid and employment opportunities await.

The Thursday before the trip, Biden fired back against his opponents.

“There’s more that has to be done, and I laid that out in the first week I was here,” he said in the Roosevelt Room of the White House. “That work will not be done unless and until Congress enacts and funds a more comprehensive immigration plan that I proposed on day one.”

When asked about what he saw in his tour of the border, Biden responded to reporters, “They need a lot of resources. We’re going to get it for them.”