WASHINGTON, DC - MARCH 11: US President Joe Biden speaks as he gives a primetime address to the nation from the East Room of the White House March 11, 2021 in Washington, DC. President Biden gave the address to mark the one-year anniversary of the shutdown due to the COVID-19 pandemic. (Photo by Alex Wong / Getty Images)

Biden Doubles Down On Withdrawal From Afghanistan

President Joe Biden doubled down on the United States’ decision to withdraw troops from Afghanistan, amid the Taliban’s rapid takeover of Kabul, despite the scenes of chaos seen last week.

“I would have tried to figure out how to withdraw those troops, yes,” Biden told ABC News’ George Stephanopoulos.

Last February, the United States brokered the Doha agreement with the Taliban while excluding the U.S.-backed Afghanistan government that specified that the U.S. would remove all combat troops from Afghanistan by May 1, 2021, and that the Taliban would not host terrorist groups on Afghan territory. The arrangement was criticized for being too weak, as it didn’t call for disarmament or any type of commitment to a cease-fire.

Either the U.S. could elect to depart by the May 1 deadline, risking a return to repressive Taliban rule that would enforce Sharia law or it could decide to adopt a conditions-based withdrawal depending on Taliban action, which would assuredly guarantee a prolonged conflict with the Taliban and necessitate the politically unpopular decision of deploying more troops.

“I have one of two choices,” Biden said. “Do I say we’re staying? And do you think we would not have to put a hell of a lot more troops [in Afghanistan]?”

Biden embraced the first option after pushing the timeline back three months, firm in his belief that if the U.S. hadn’t been able to prop up a government in Kabul after 20 years of military intervention, then there wasn’t anything else that it could achieve.

While the decision to withdraw from Afghanistan was popular among the U.S. electorate across ideological lines, Biden is currently facing heat over its poor execution.

U.S. Intelligence agencies severely underestimated how long Afghan forces would be able to hold off the Taliban, quickly shifting from two to three years to two to three days. U.S. forces also had missteps in communication with NATO allies over the course of the evacuation process.

Biden said that leaving Afghanistan without some level of disorder ensuing was implausible. “The idea that somehow, there’s a way to have gotten out without chaos ensuing – I don’t know how that happens,” he said.

EXCLUSIVE: Pressed on whether the U.S.'s exit from Afghanistan could have been handled better, Pres. Biden tells me, "The idea that somehow, there's a way to have gotten out without chaos ensuing—I don't know how that happens." https://t.co/j2MYMUJcdKpic.twitter.com/ua9T2q9wal

The striking scenes coming out of Kabul are the culmination of what has been one of the United States’ most notable foreign policy failures in recent memory. After moving beyond the initial goal of defeating Al-Qaeda, the U.S. has spent over $2 trillion to rebuild the country and its military. Three million Afghans were displaced, 75,000 Afghani military and police officers died and 71,000 civilians were lost.

Critics argue that the U.S. did not properly take into account tribal loyalties, ethnic complexities and the territory’s challenging topography. Others emphasize the failures of the Afghan government and the kleptocratic elite, pointing to the $19 billion of U.S. aid lost to corruption and, more recently, President Ashraf Ghani‘s decision to flee to the United Arab Emirates with $169 million in cash. Though $90 billion was spent on training Afghan forces, the U.S. heavily overemphasized tactical infantry skills instead of elements like logistics and planning, while neglecting critical cultural insights, which did not support American hopes for nation-building in the country. 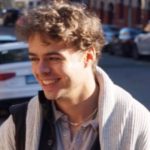