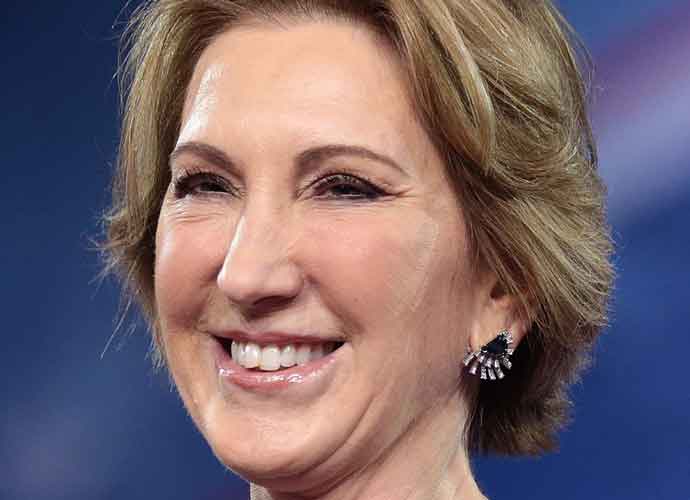 Fiorina claimed that President Donald Trump‘s conduct in office has been discouraging to her. She also stated that she would not vote third party.

“I’ve been very clear that I can’t support Donald Trump… And elections are binary choices, ” Fiorina told The Atlantic.

“As citizens, our vote is more than a check on a box. You know, it’s a statement about where we want to go, and I think what we need now actually is real leadership that can unify the country,” Fiorina said. “I am encouraged that Joe Biden is a person of humility and empathy and character. I think he’s demonstrated that through his life. And I think we need humility and empathy everywhere in public life right now… I think character counts.”

Fiorina dropped out of the 2016 presidential race and voted for Trump. Two months after she dropped out, Sen. Ted Cruz (R-Texas) tapped her to be his prospective vice president nominee.

Less than a week after he announced Fiorina as his running mate, Cruz withdrew from the primary.

In the interview, Fiorina stated that she was disappointed that fewer GOP members were speaking out against Trump.

“I’ve been public in my disappointment about how few politicians have been willing to stand up and speak on values and principles,” she said. :But I understand it if you’re in politics, sadly….People, I think, are tired of politics and politicians and whether they’re Democrats or Republicans. If you’re in politics, as Hillary Clinton used to say, you’re in it to win it.”