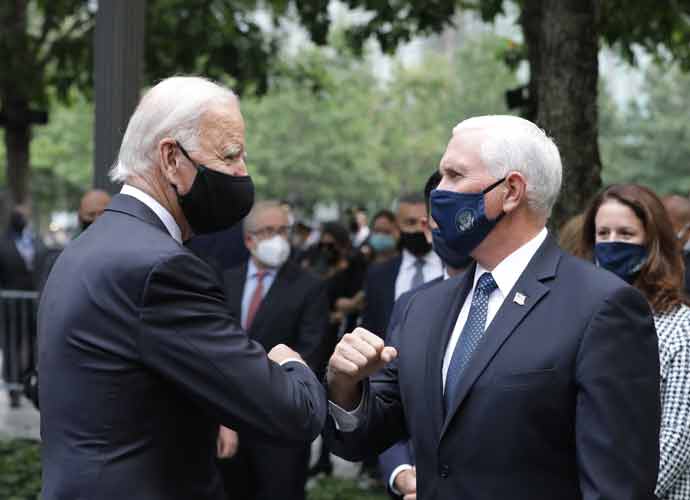 In addition, former New York City Mayor Michael Bloomberg was also in attendance and stood in between the Biden and Pence couple. Sens. Charlie Schumer (D-N.Y.) and Kirsten Gillibrand (D-N.Y.) made their way to the memorial service with New York Gov. Andrew Cuomo (D).

Biden visited the Flight 93 Memorial in Pennsylvania later in the day, without crossing paths with President Donald Trump.

Pence also spoke at a Tunnel to Towers Foundation Event about remembering the lost lives of 9/11 while onlookers cheered and yelled “four more years” to the vice president.

The rare meeting between the Democratic nominee and the GOP vice president occured in the midst of an intensified presidential campaign. Previously, Biden has come under fire by Democrats for calling Pence a “decent guy” while Pence referred to Biden as a “Trojan horse” for his agenda.